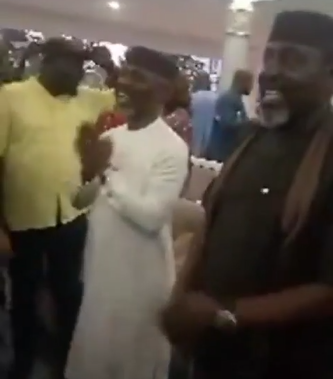 Video of politician, Uche Nwosu, after his release from police custody today

A video of politician, Uche Nwosu, after his release from police custody, has been shared online. In the video, Nwosu was received by his teeming supporters as well as his parents-in-law, Rochas and Nkechi Okorocha and many others.

Security agents stormed the St. Peter’s Anglican Church, Eziama-Obaire in Nkwerre Local Government Area of Imo State to arrest him. Nwosu and other members of his family were in the church for the outing Service of their late mum, Madam Jemamah Nwosu, who was buried last weekend when he was picked up by the security agents.

He was released today December 26.

See a video from his release below