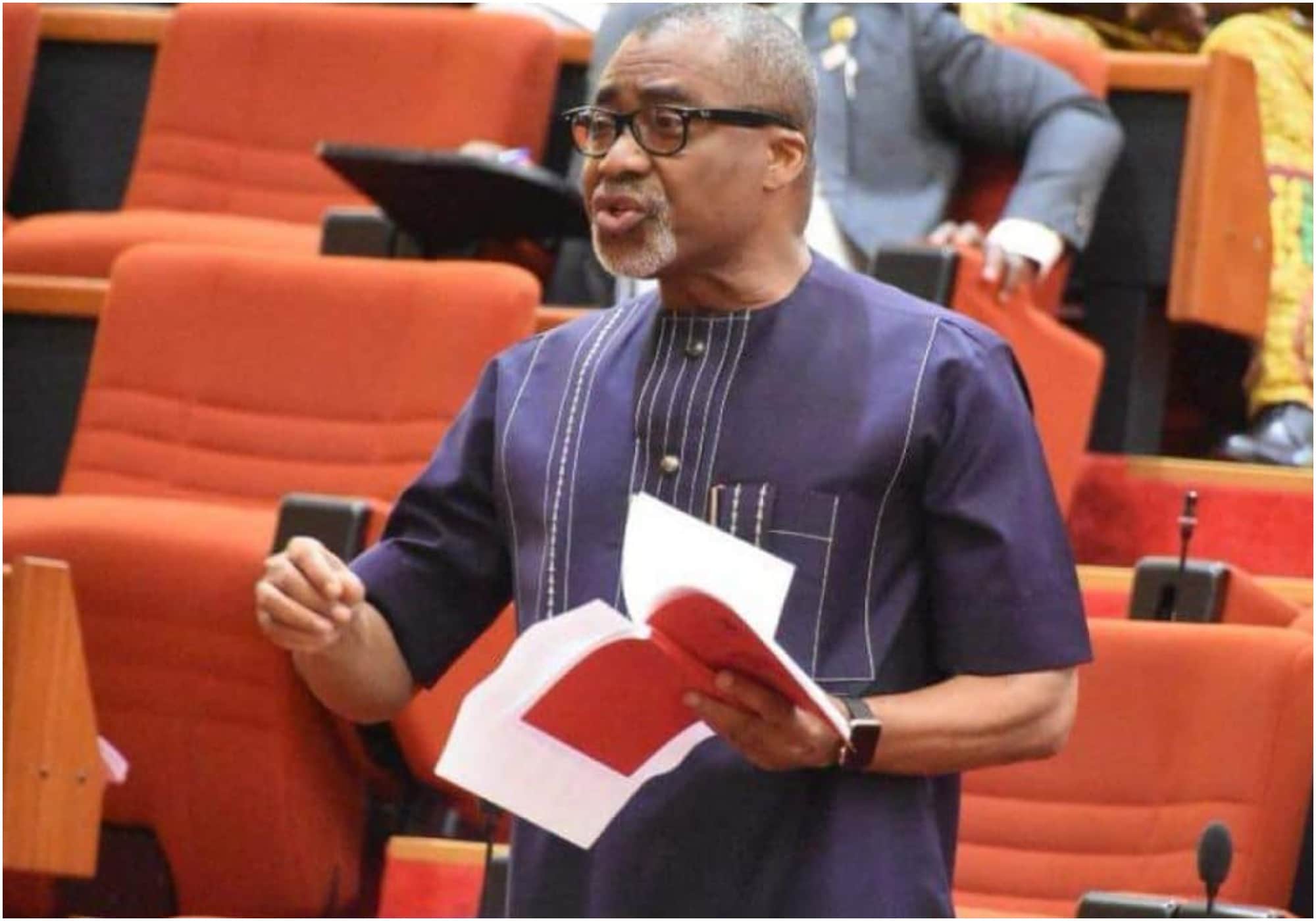 The Minority Leader of the Senate, Enyinnaya Abaribe, has confirmed he will contest in the 2023 governorship poll in Abia state.

He revealed this at an event organised in his honour by Nzuko Ahiaba La Abayi in Ahiaba, Obingwa LGA of the state, on Monday.

Speaking at the event, Abaribe said he had informed Okezie Ikpeazu, governor of Abia, of his decision to run for the governorship race in 2023.

“As an Igbo man, I respect constituted authority. I believe the number one citizen of the state should know and I have paid him that respect,” Abaribe said.

“This is a special occasion. I have been in politics since 1998. I have been in and out of politics and even gone to DSS custody because of Nigeria. This is the first time a civic reception is being organised for me.

“This occasion is significant because it is coming from my ancestral home and shows that they are saying that they are proud of my antecedents, achievements and that I deserve a title.”

Video in which a suspect alleged that Okorocha’s son-in-law, Uche Nwosu has been sponsoring attacks in Imo state surfaces after his arrest