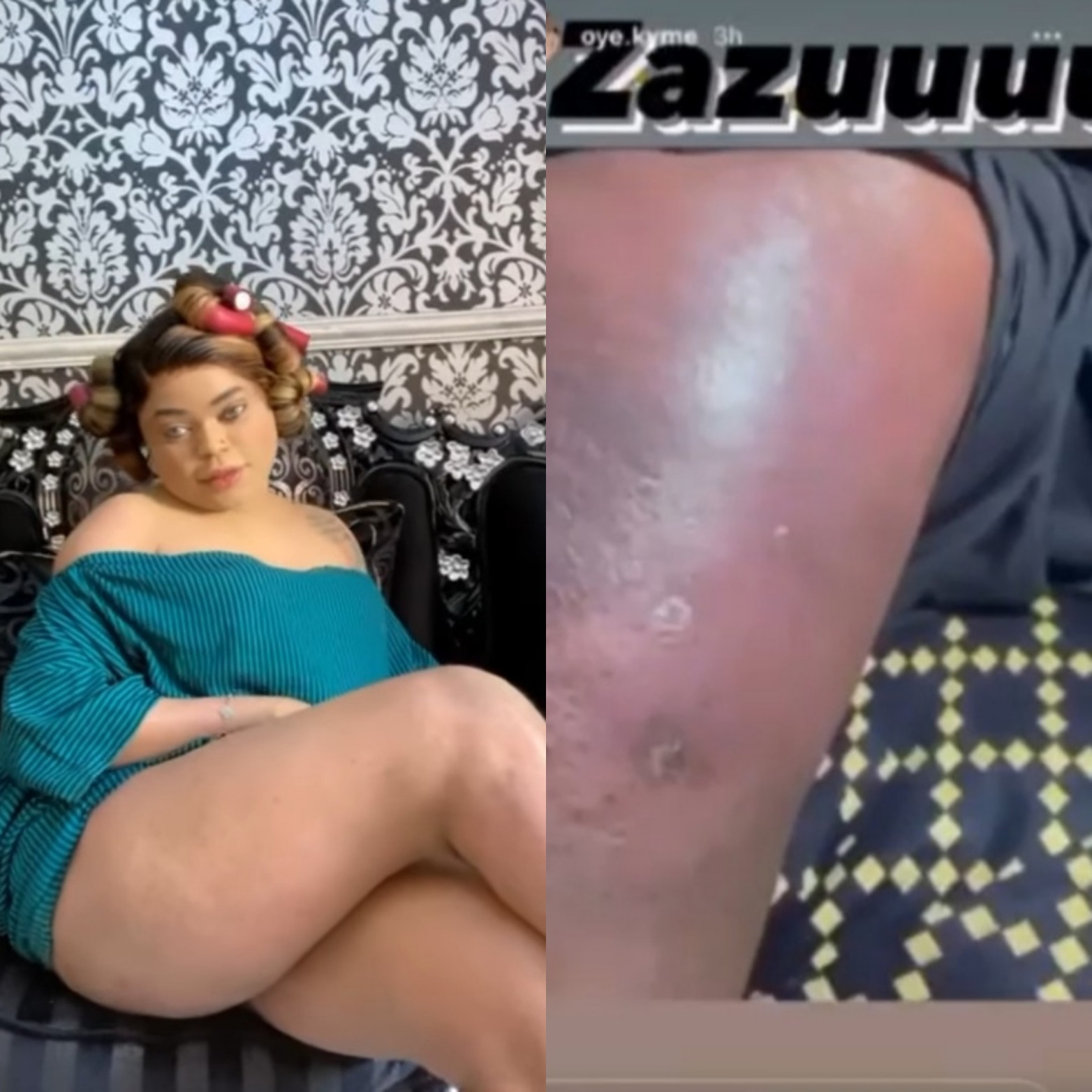 Bobrisky has shown off his butt in an apparent attempt to counter a clip his former PA shared and claimed is his butt.

During the fight between Tonto Dikeh and Bobrisky a little over a week ago, Tonto had claimed that Bobrisky’s ass is filled with sores and when they were friends, she used to help clean the sores.

Bobrisky’s former PA,  Oye Kyme,  used the opportunity to hit out at Bobrisky by sharing a butt clip which she claimed is Bobrisky’s butt. Oye added that the crossdresser is suffering from “scabies”.

The butt in the clip is discolored and has several spots and scabs.

Now, in an apparent move to dispute the claim, Bobrisky released several videos in the past few hours, putting his thighs and a section of his bum on display.

He repeatedly lifted his butt cheek while dancing in the videos to show his butt to his followers.