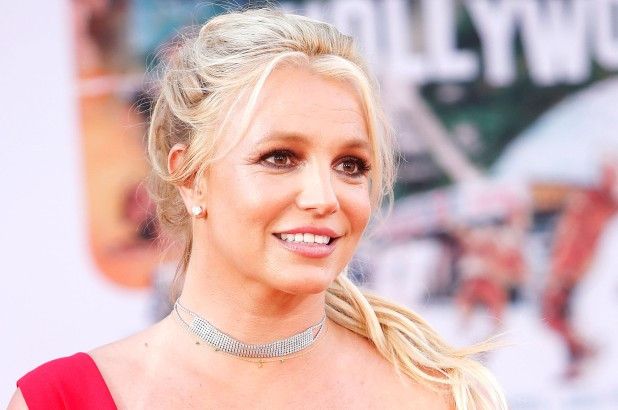 Britney Spears has taken a deep dive into some sensitive subjects involving her family, and how the power of prayer and reflecting on her career accomplishments are helping propel her forward.

The 40-year-old singer in a lengthy Instagram post disclosed that her extended music hiatus is a “f—k you” to her estranged family.

Expressing the power of prayer in times of distress, Britney wrote;

“I had an experience three years ago where I stopped believing in God. From every angle I was being hurt for no reason and my family was hurting me. I went into a state of shock and the way I coped was being [in] fake denial. It was too much to really face.

“Last year was growth for me… I still have a ways to go!!!

“My goal this year is to push myself a bit more and do things that scare me. We are just people and I’m not superwoman but I do know what makes me happy and brings me joy and I try to meditate on those places and thoughts that enable me to experience it.

“That beautiful … nice … and warm … fuzzy feeling when you’ve been waiting patiently for 13 years to be able to live your life however you choose and it’s finally here!!!!

“Lighting my candles sure is a joy folks!!! And you might be surprised cause my prayers are pretty … powerful ESPECIALLY when you’re on the right medication just a month ago!!!!

Britney also explained that for 13 years she had asked to be able to perform new songs in addition to remixes of her past tunes, and she was always told no.

Reiterating her aggravation at seeing her younger sister, Jamie Lynn Spears, perform a remix to her 2011 single “Till the World Ends” at the 2017 Radio Disney Music Awards, she added;

“It was a set up to make me fail yet I knew exactly what I wanted my [fans] to see and it didn’t make sense how network television shows are showcasing my music with remixes of all of my music ….. yet the person who owns the music is told no!!!!

“They even gave remixes to my sister but why was I always told no? So much wasted time to only embarrass me and humiliate me and I guess it seems odd to most now why I don’t even do music anymore…. that’s just the surface issues.”

The singer also said that “people have no idea the awful things” that were done to her and what she’s “been through,” adding that she’s now “scared of people and the business.”

Britney further disclosed that her extended music hiatus is a “f—k you” to her estranged family.

“Not doing my music anymore is my way of saying ‘F–k You’’ in a sense when it only actually benefits my family by ignoring my real work.

“It’s like I’ve subconsciously let them win… but then I realized how shallow I sounded when I did believe in God and for parents and people who were [losing] people they loved and dying of cancer.”

The singer went on to say that the reason she brought this up is because she understands the “pain of not believing anymore and feeling so alone and even the arrogance of the world can test your faith.”

“Trust me, I know and it’s not fun… Last year was growth for me… I still have a ways to go!!! My goal for this year is to push myself a bit more and do things that scare me but not too much I mean geez!!! We are just people and I’m not superwoman but I do know what makes me happy and brings me joy and I try to meditate on those places and thoughts that enable me to experience it.”

Britney Spears then sarcastically joked: “I obviously have serious insecurities …. otherwise I wouldn’t have acted like an obnoxious 8 year old last week defending myself with my accomplishments,” she stated with an eye roll and laughing cat emoji. Spears was referencing a social media post that featured a few clips boasting some of her most impressive achievements.

She also talked about her family embarassing her and giving her an outlook of being “extremely insecure”.

“Honestly my family embarrassed me and hurt me deeply …. so tooting my own horn and seeing my past accomplishments reflecting back at me actually helped.

“To the outside world it must seem like I’m extremely insecure and if people really knew what I went through, I think they would understand COMPLETELY where I’m coming from.

“It’s a shame though that people don’t like the truth. I’d get more respect doing a spread for Playboy than I would writing a book.

“As much as I’ve been offended …. which one would you do??? Either way it’s all another reason to go back to the beginning and say what I said PRAY…PRAY…PRAY. SO …. again, I’m sorry if I sound ignorant… I’m extremely insecure and I probably care too much so that’s all i got… PRAYER!!!!”

The Grammy-winner has previously claimed that she underwent conservatorship abuse. She has repeatedly slammed her family, including her father Jamie, who has maintained he only had his daughter’s best interest in mind over the last 13 years. Spears has also taken jabs at her sister Jamie Lynn and mother Lynne, who have also denied any wrongdoing.