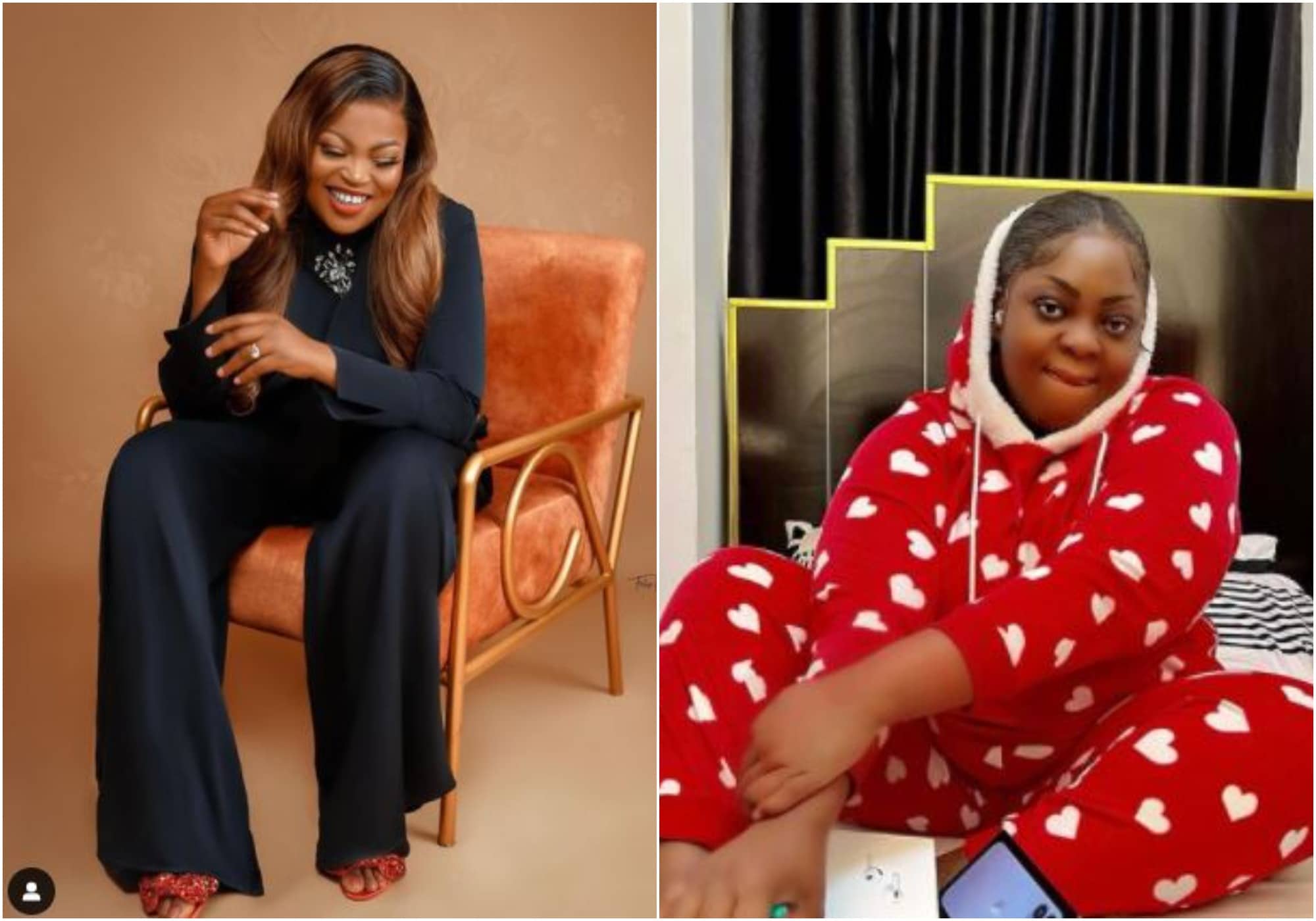 For some time now, Nollywood actress Funke Akindele and her best friend Eniola Badmus are rarely seen goofing around each other’s comment section, which has generated concern from fans.

Funke Akindele shared a cryptic post on her Instagram story, which has generated online reactions with many netizens speculating the shade is for Eniola Badmus.

According to Funke Akindele in the post, people should always ensure that they come first in everything because there are many users outside masquerading as loved ones.

She wrote: Ensure you come first always. There are lots of users out there masquerading as loved ones. Beware!!!

The absence of Funke Akindele at the 20 years on-stage of her colleague and best friend Eniola Badmus generated many controversies online.

Some people claimed Eniola Badmus was uncomfortable with Funke Akindele’s absence and the main reason they are no longer goofing around each other’s comment section.

originaldemmy wrote: I hope say no be eniola badmus get this sub

kingdi_allijnr wrote: Why I am even thinking she is referring to Eniola badmus

glow_ria19 wrote: Please you and eniola should come back o

This comes after Iyabo Ojo took to her Instagram page to shade Funke Akindele over her absence at the 20 years on stage celebration party of Eniola Badmus.

Tosin Silverdam, in a new post shared on his page, explained that the beef between Funke Akindele and Iyabo Ojo is deep.

According to the blogger, Funke Akindele and Eniola Badmus had once lived in Iyabo Ojo’s house when they were faced with accommodation problems in Ikorodu.

Tosin added that he had heard terrible stories about the actresses and experienced one during a film production in his street in Ikorodu.