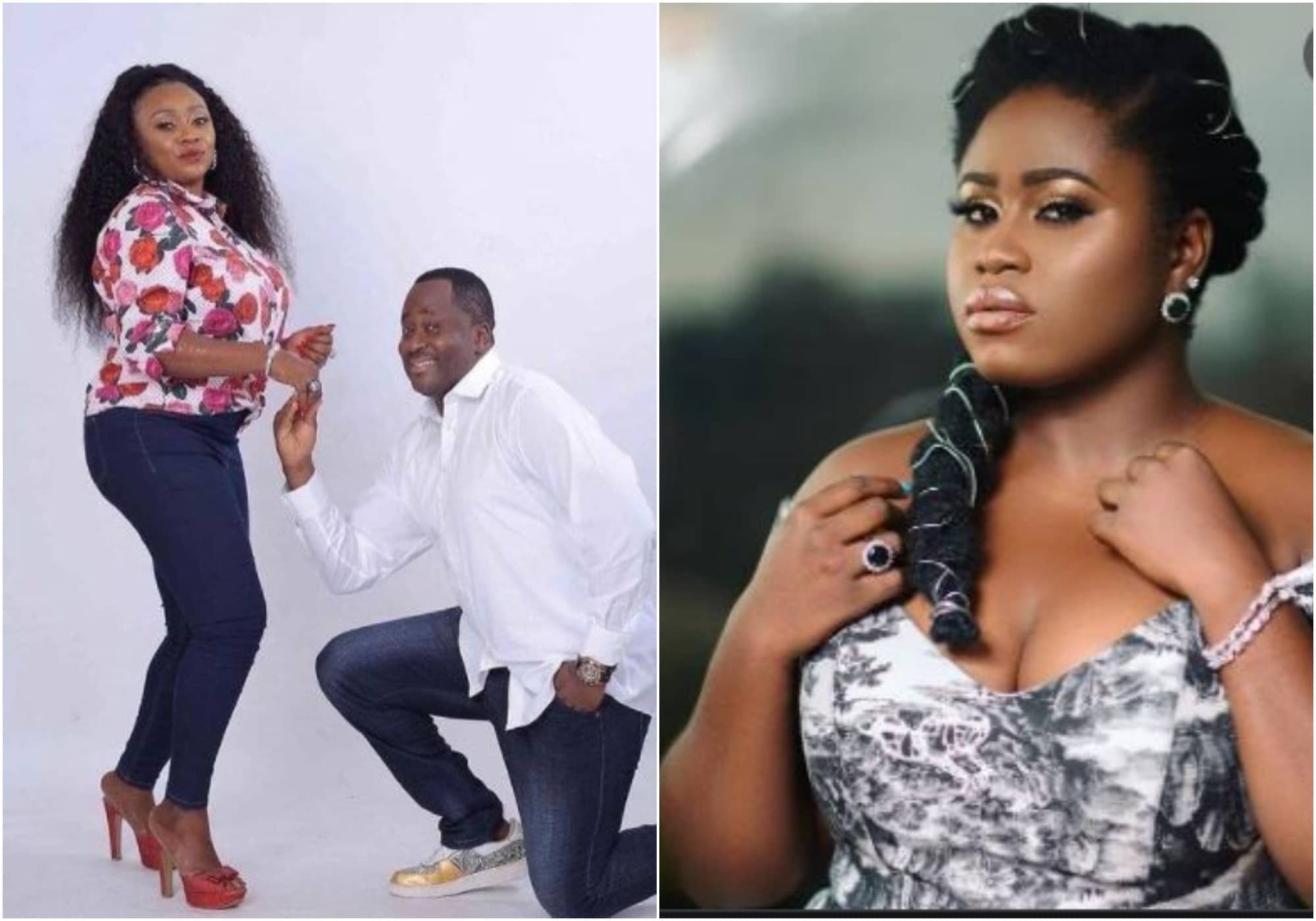 Nollywood actor Desmond Elliot has been alleged to have cheated on his wife with Ghanaian actress Lydia Forson.

This is coming a day after the actress took to their social media page to celebrate their 18th wedding anniversary.

Desmond Elliot in his wedding anniversary message wrote: 18 years and still hitting it like t’was yesterday. Luv you Babamai.

The blogger added that Lydia Forson also slept with Desmond Elliot in a hotel during a visit, and his wife caught them in bed.

The post reads: No hard feelings but to think Lydia Forson was sponsored to Obodoyinbo severally and slept in the best hotels when she visit Desmond in Nigeria only to see this shoe la pepe as one of Desmond’s beloved wife’s good shoes for the gram breaks my heart.

Men, please as you are spending on the side chics, please kindly spend on your wives too.

Desmond’s wife has been through a lot in the hands of her husband’s side chics. Especially that experience of catching her beloved husband in bed with Lydia that time. Damn!

But thank God for his mercies. Oga Desmond, if you hurt this woman again, we online in-laws won’t forgive you.

Kemi Filani recalls that a few months ago, Gistlover disclosed that Desmond Elliot‘s has a secret baby mama, who happens to be the elder sister of fast-rising actress Sophia Alakija.

From the chats leaked by Gistlover, the baby mama, who was identified as Halima Warde Laraba Rammal, was seen begging Gistlover to delete the post she made by exposing her as the actor’s secret baby mama.

Desmond Elliot’s baby mama added that she would make amends by correcting her baby daddy over the leaked video.

The father of four was also accused of allegedly having a secret affair with an alleged quack cosmetic surgeon, Dr Anu.

According to Gistlover, Desmond’s wife did not know about the actor’s extramarital affairs.

Since these cheating allegations against Desmond, he has been extremely quiet on social media, and he has also turned off his comment section to prevent the public from storming his page with negative comments.

Malami reveals why Buhari will not sign proposed Electoral Bill