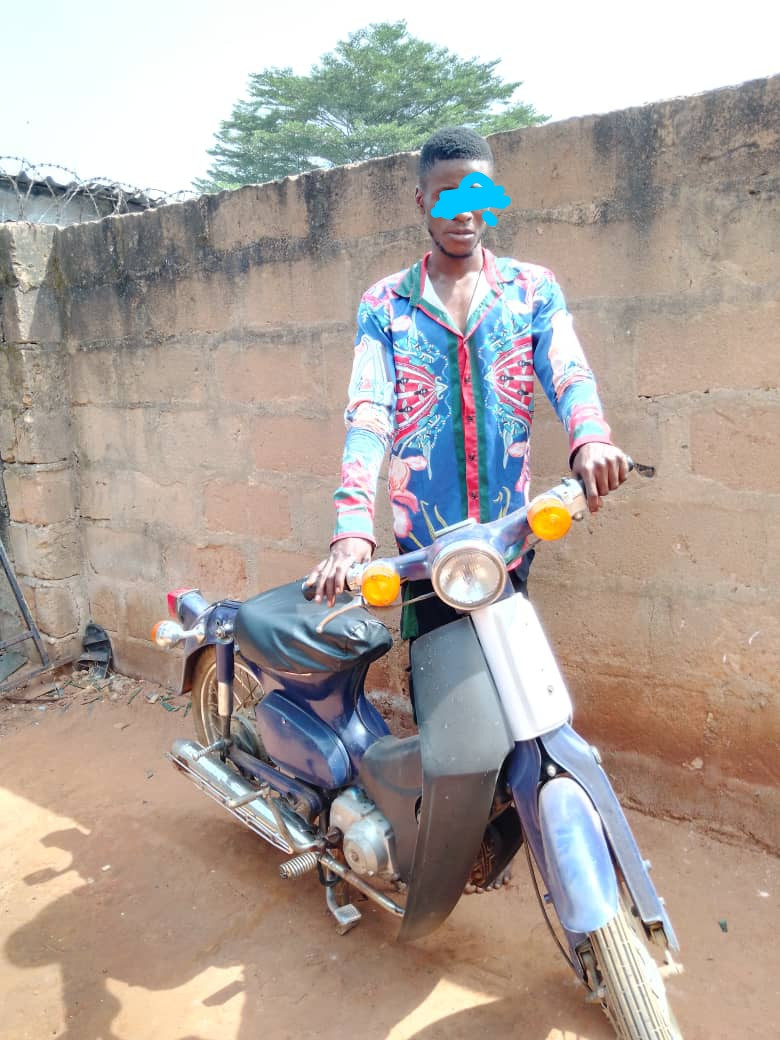 A 25-year-old man identified as Emmanuel Nwafor has been arrested for his alleged involvement in the attack on Ajali Police Station in Orumba North Local Government Area on September 30.

Mr Nwafor who hails from Umuevee Ajalli, Orumba North Local Government Area, is suspected to have played an active role in the arson attack on the station.

The police said a motorcycle, allegedly looted from the station during the attack, was found in his possession and recovered.

Police spokesperson in the state, Toochukwu Ikenga revealed that the suspect is already making useful confessions as to the whereabouts of others involved in the attack.

The suspect’s arrest is coming after Echeng Echeng, the commissioner of police in Anambra ordered an intelligence gathering strategy to tackle the increased insecurity witnessed in Anambra since he assumed office.

Electoral Act Amendment bill will worsen insecurity and political instability. Lawmakers are only concerned about their political inclination – Malami