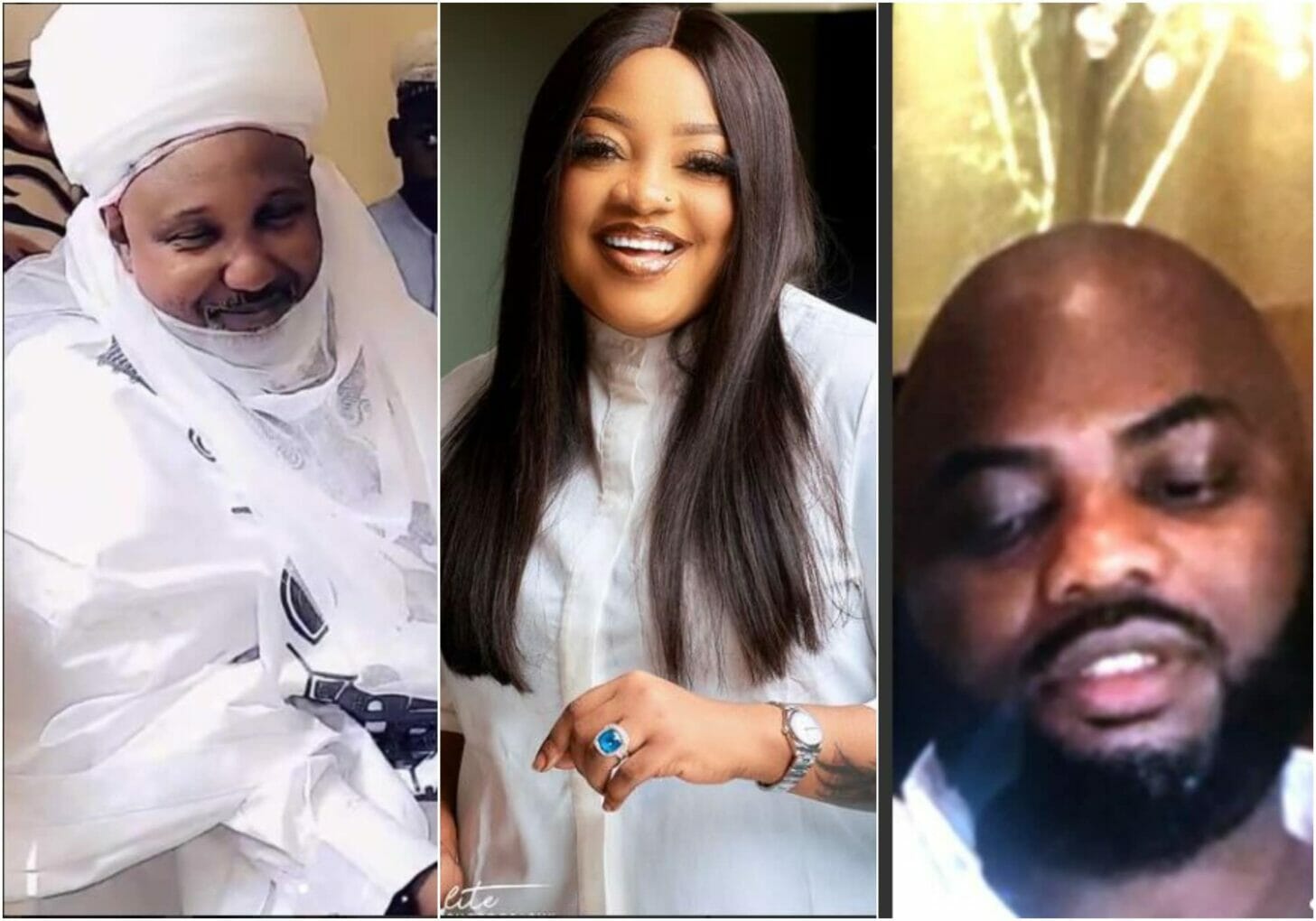 Photos of the husband to Nollywood actress Sotayogaga have surfaced online alongside her alleged boyfriend identified as AY.

Kemi Filani News recalls that Sotayogaga secretly tied the knot with her husband, who she refused to show to the public in March 2021.

Sotayogaga also bagged numerous chieftaincy titles in Nassarawa state, raising suspicion that her husband might be from the state.

A few months later, an Instagram blogger Gistlover alleged that Sotayogaga dumped her longtime boyfriend AY for the northern-based monarch.

However, Gistlovers a few hours ago shared photos of Sotayogaga’s husband and alleged boyfriend, stating that the duo is preparing to grace her birthday party.

Kemi Filani News recalls Sotayogaga recently reacted to the viral video of a woman saying the bible condemns the use of perfume.

In the video shared, the woman had disclosed that anyone who uses perfume or smells nice will go to hell and will be stinking on the last day as she backed it up with a verse from the bible.

Reacting to the video, the actress described the woman in the video as the personal assistant to Jesus as she laments bitterly about how to cook up stories just to gain publicity.

Meanwhile, she mentioned she would love to meet the woman to ask for the voice note of when Jesus made the declaration.

Two Afghan brothers strangle, dismember and put their sisters body into suitcase then bury it because of her western way of life