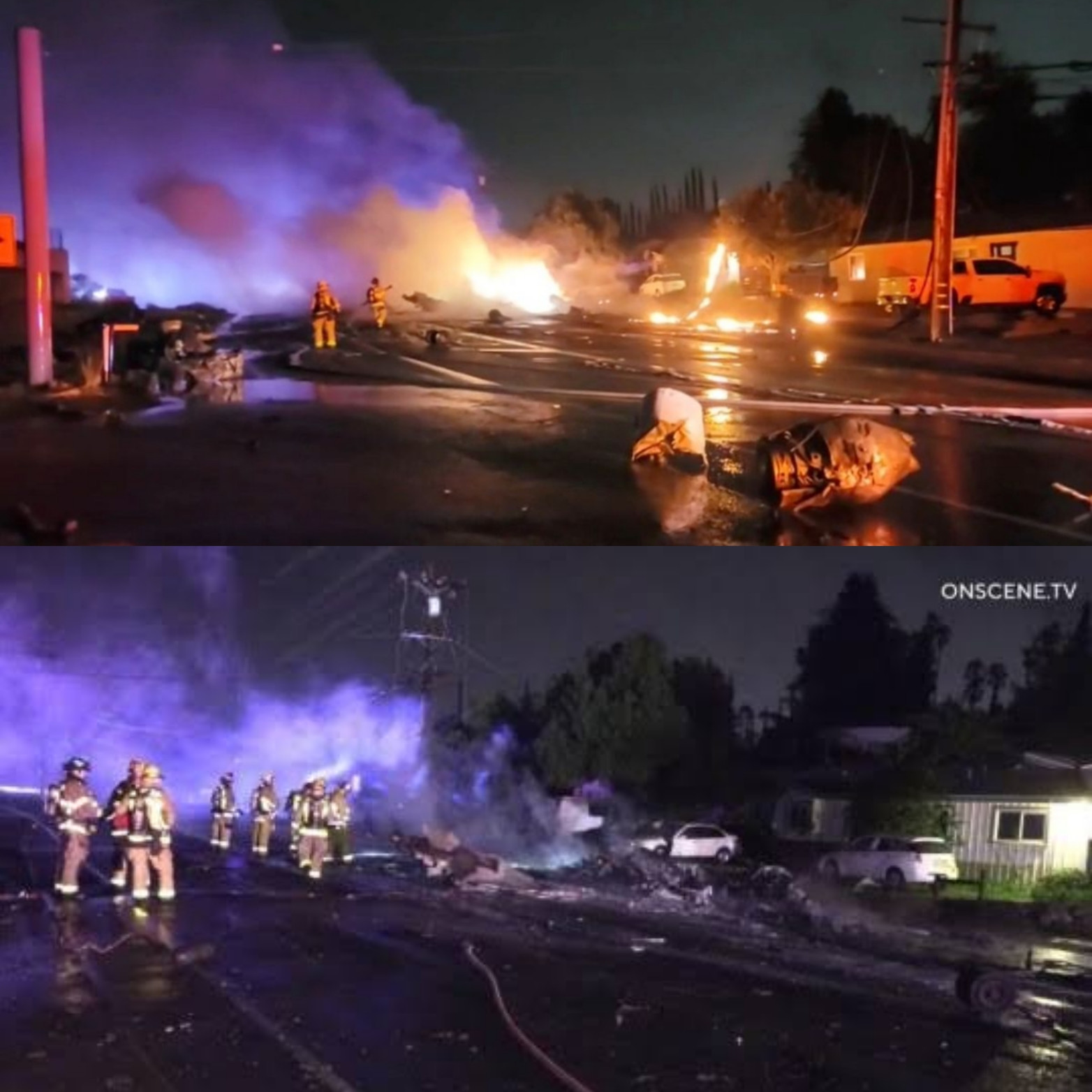 A private jet crashed in a residential area in El Cajon, San Diego County, US state of California, knocking out power lines and bursting into flames on impact.

Shocking pictures show the blaze as fire crews raced to the scene on Pepper Drive in Bostonia on Monday evening, Dec. 27.

It remains unknown how many people were onboard.

No houses were damaged but the plane took out multiple power poles as it came down, NBC 7 San Diego reports.

Around 2,500 homes were left without power, according to the San Diego Sheriff’s Department.

Areas in Lakeside, Bostonia and Granite Hills have all been experiencing outages.

The blaze was brought under control shortly before midnight, local time.

Residents have been asked to stay away from the crash area as authorities investigate.

The Federal Aviation Administration is probing the case, with the cause currently unknown.