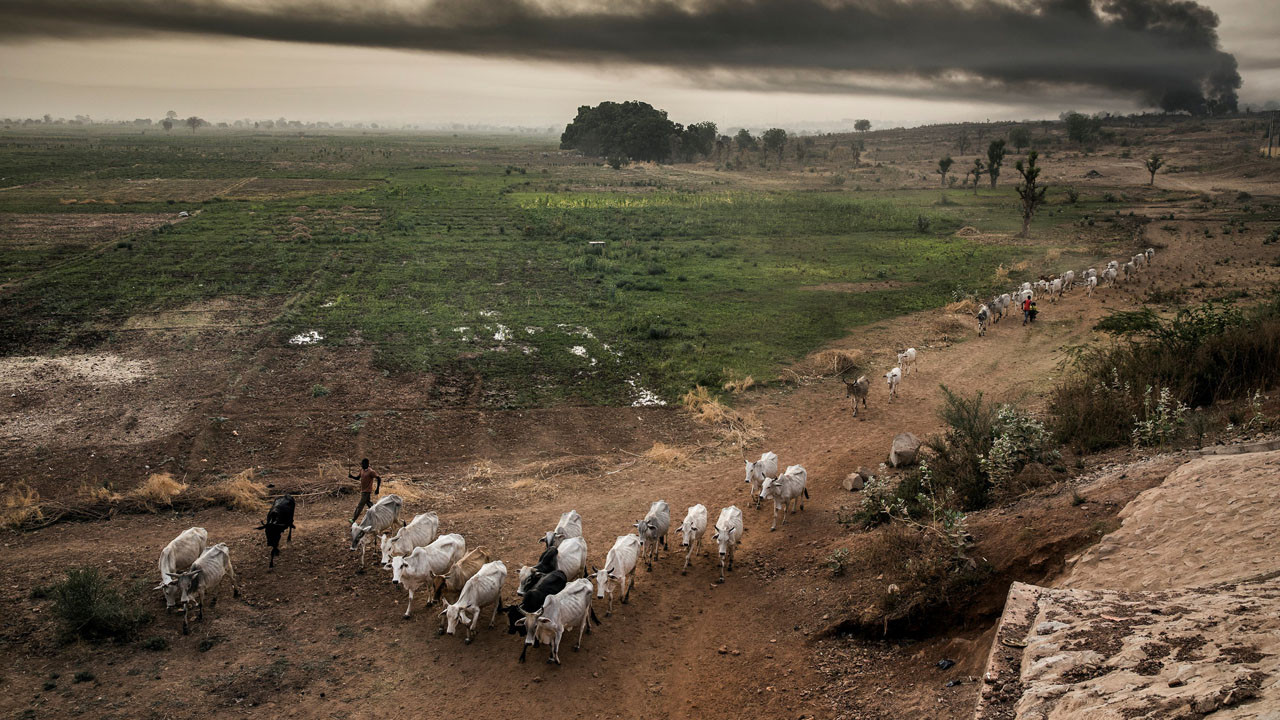 The Police in Kwara State have recovered the corpse of a herder, Yau Ibrahima, allegedly murdered when he led a herd of cattle for open grazing on Christmas Day in Elega, a sleepy community in Asa Local Council of the state.

Guardian reports that Ibrahima was allegedly found dead by a search party inside the bush with his feet and hands firmly tied with ropes, after the cattle returned home in the evening, without him.

The incident could have led to a bloody clash between herdsmen and people of Elega, but was averted by men and officers of the state police command who stepped in to stop a reprisal mission by the herdsmen for the alleged murder of their kinsman.

Confirming this development to newsmen, the spokesperson for the command,  SP Ajayi Okasanmi, said a suspect has been arrested in connection with the alleged murder, while the corpse of the deceased has been deposited at an unnamed morgue for autopsy and further investigations.

He, however, debunked claims that security guards were rounded off by herdsmen and locked up in an enclosure. According to Okasanmi, the atmosphere was already electrified when policemen, following a tip off, rushed into the settlement to appeal to the two factions to ensure law and order.

He stressed that a herder in the area allegedly led out a herd of cattle into open grazing early in the morning on the fateful day, which also coincided with Christmas celebrations. But at evening time, only the cattle returned home without Ibrahim. A search party, he said, was promptly constituted for him, but  he was found dead inside the bush with his feet and hands firmly tied with ropes.

Okasanmi added that the herdsmen were said to have suspected a foul play by security guards at one farm, christened ‘ABC Farm’ adjoining the scene of the sad incident. According to him, the herdsmen dangling dangerous weapons were said to have swooped on the security men at the farm who had by now equally sent emissaries to other local security operatives in the town for an apparent reinforcement mission. He added that it was at this period that the Police came into the scene and restored the much needed normalcy to the area.

The state Police Commissioner, Tuesday Assayomo, has appealed to concerned parties in the case to allow the Police to perform its functions in the matter, and urged them to sustain the existing harmonious relationship among residents of the state, for accelerated socio, political and economic developments.

“The Kwara State Police Command wishes to inform the general public that a WhatsApp message that went viral on Christmas day to the effect that a large number of unknown gunmen  have overwhelmed the security at a farm known as ABC FARM and locked up all the workers in the farm security post situated at Elega town, Asa Local Council of Kwara State, was  untrue and  a figment of the imagination of the writer.

The true story was that, on 25/12/2021 at about 2200hrs, one Alhaji Usman Shehu ‘m’ Garkuawan Fulani of Afon, reported at Afon Police station that one Yau Ibrahim ‘m’ 20yrs of Elega village via Afon, went out grazing  his cattles in the morning, at about 1700hrs, all the cattles returned to their camp without Yau the  herder.

A search party was organised by his kinsmen to look for him, in the course of the search, his corpse was discovered in the bush with his hands tied to his back and his legs equally tied, he was also found blindfolded with a clothing material.

The lifeless body was recovered by the police and taken to the hospital for autopsy, while the suspect arrested is currently undergoing interrogation. Discreet investigation into the matter has commenced.

The herders suspected that the killers of their brother were among  the  security men in the farm, hence they went to the farm.

The quick response by men of the police Command averted what could have resulted in a serious confrontation. Calm has since been restored.

The Commissioner of Police, Tuesday Assayomo  wishes to advise members of the public to always avoid spreading unverified stories that could lead to the breakdown of law and order, especially in Kwara State where we are enjoying relative peace.”

“We didn’t get to exchange contacts” – Lady cries out, begs Nigerians to help locate handsome man she met at an event