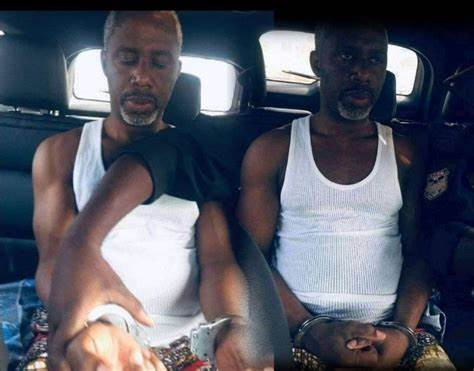 Video in which a suspect alleged that Okorocha’s son-in-law, Uche Nwosu has been sponsoring attacks in Imo state surfaces after his arrest

A video in which a suspect alleged that Rochas Okorocha’s son-in-law, Uche Nwosu has been sponsoring attacks in Imo state surfaces after the former Governorship candidate’s arrest in a church in the state on Sunday December 26.

In the video, the suspect who was interrogated while handcuffed, claimed that he has seen Nwosu allegedly giving money to his gang members for an attack in the state.

The suspect who admitted that he never met former Governor of the state, Rochas Okorocha, said they got their directives from one Hon. Kingsley Uju.

He also claimed that Okorocha, Uju and Nwosu settled a conflict between two rival gangs and allegedly brought them together to work for them.