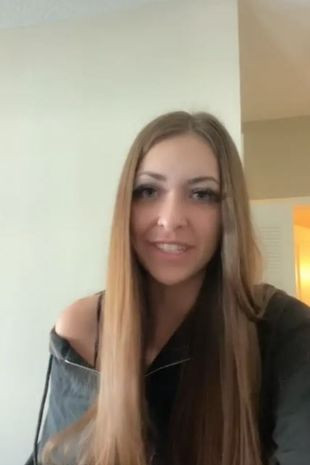 Woman says her sugar daddy paid her £1,500 a month just to text him, no sex was involved and the relationship lasted three years

A woman has revealed how she met her ‘sugar daddy’ who paid her a whooping £1,500 a month only for texting him.

In a video that has gone viral with more than 7.7 million views, she revealed what led to him sending her money monthly without having sex with him.

Bailey Hunter, from Indiana, US, revealed all of the transactions between the pair on her TikTok account, @xbaileyhunter.

In the video, Bailey explained that she met the man while she was working as a  waitress at the restaurant, Buffalo Wild Wings.

He was dining with a younger woman at the time, which was how Bailey said she knew it was a “sugar daddy situation.”

She said: “Right away I could tell it was like a sugar daddy situation. But I don’t judge, like get your money girl. So, I’m just talking with them.

She said by the time she had gone to collect his bill, he had already left the restaurant.

So she decided to thank him by messaging the number on his business card.

She said: “And he was like ‘No you’re amazing, you deserved the tip. When do you work next? I want to come in.'”

Excited by the prospect of making some more money , Bailey told the man when she’d be working in the restaurant next.

As the pair got to know each other, he opened up about his plan to buy a bar and how he wanted her to work there as a bartender.

“Whenever we would text, it would always be super casual,” Bailey said. “I would always just vent to him like I would vent to any of my friends.”

She revealed to him how she just bought a house and was telling him about her struggles, including how her washing machine and dishwasher had broken on the same day.

But when the man offered to help, she couldn’t believe it.

“So then he just sends me the money for it,” Bailey continued. “To the point where he would just send me the money without me even asking. For three years this went on and then one day he was like ‘I really want to take you out on a date.”

She agreed and the man took her shopping . She was gifted Victoria Secret underwear, perfume and a Michael Kors purse.

“And living in Indiana it’s not something I was used to seeing.

“Then he bought me VIP tickets to EDC Orlando, he got me tickets to a Cardi B concert.

“And because I got spoiled so much in that, I was like OK I want to do this again. So when I moved out of Indiana, I gave him to one of my friends.

After she moved she was keen to find another sugar daddy, so she started searching online, but discovered not all of the men were as nice as the man she’d met saying most sugar daddies want sex.

Bailey concluded: “I realised I had a unicorn. And most sugar daddies want more than just to text.”