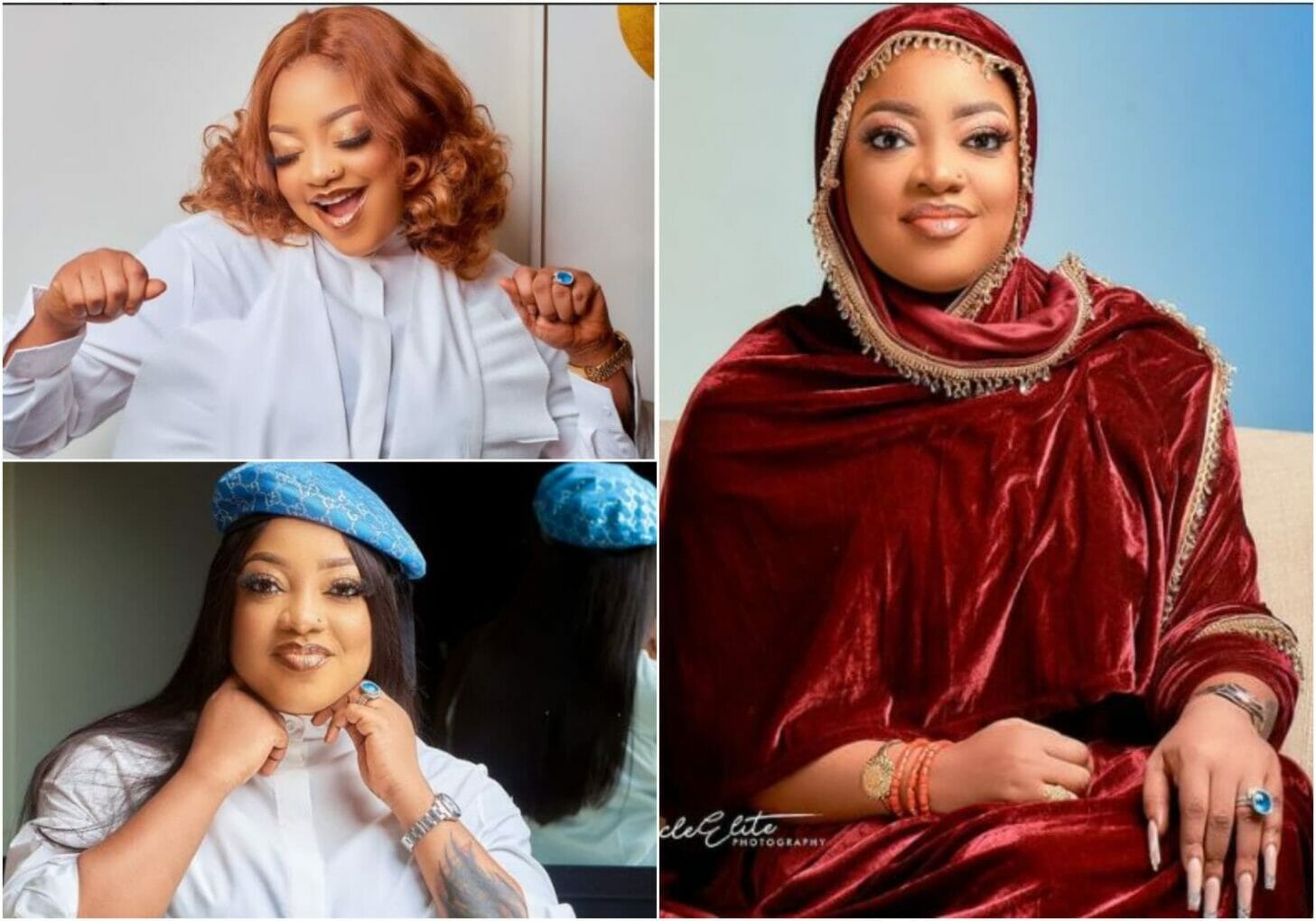 Nollywood actress Tayo Sobola, known as Sotayogaga, has shut down social media with jaw-dropping photos to celebrate her birthday.

This is coming a few hours after an Instagram blogger, Gistlovers, alleged that the three men currently bankrolling Sotayogaga insist on attending her birthday party.

Taking to her Instagram page, Sotayogaga shared adorable photos of herself in different outfits to mark the new age.

Although the photos are without captions, her fans and colleagues stormed the comment section with birthday messages and prayer.

In a post shared on her Instagram page, Tayo Sobola questioned why some people would call her number between 5:30 am -7:30 to exchange pleasantries with her.

Tayo Sobola, who seemed infuriated by the act, orders people guilty to stop adding that if anyone isn’t her mother, father, husband, or it’s not an emergency, they should not call her during odd hours.

According to the actress, even financial organisation does not open before 8 am, hence anyone who calls her at odd hours again will receive insults.

She wrote: Why would anyone call your number between 5:30-7:30 just to say hi! like really? Stopetttttt. if you aren’t my mother/father /husband and its not an emergency!!!! Haba i go swear 4u o. Even bank sef no dey open before 8am.

BBNaija Star, Vee reveals she will stop hugging people in 2022

“We had s3x just twice…” Maraji breaks silence on her unplanned pregnancy, secret marriage and surgery