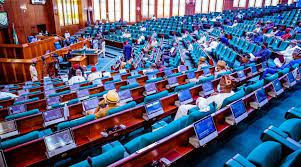 The House of Representatives is currently considering a bill to outlaw cultural rights that infringe on the fundamental human rights of widows in Nigeria. They include preventing in-laws from taking over possession of property belonging to the late husband and forced marriage between a widow and her deceased husband’s brothers.

According to Punch, the Violence Against Persons (Prohibition) Act (Amendment) Bill, 2021, which is awaiting second reading at the House, specifically lists and defines the cultural practices, some of which are considered as mourning rites that must be performed by a widow.

The bill seeks to amend the Violence Against Persons (Prohibition) Act No. 19, 2015, to “prohibit the discrimination against widows and all forms of repressive and degrading widowhood practices, provide for remedies for victims and penalize offenders.”

The bill proposes an amendment to Section 46 of the Act by inserting definitions.

“Consent means free, full, mutual, voluntary and informed decision not extracted under pressure or vitiated by external factors such as constraint, and consent is absent when coercive methods are used such as pressure of various kinds, emotional blackmail, physical duress, violence, abduction, confinement and confiscation of official papers to deny a person the option of refusal.

“Harmful widowhood practices mean all traditional behaviour, attitude, or practices, which negatively affect the rights of a widow and include (a) compelling a widow to (i) express her sorrow of losing a husband by wearing black, white or any other colour of clothes, not taking her bath or having a change of clothes, or wailing and falling against her will, (ii) go into seclusion for any length of time, (iii) sleep in the same space with the body of her deceased husband, (iv) un-weave her hair, keep a low cut, shave or scrape her hairs, (v) sit or sleep on a bare floor or mat, (vi) cook or eat from broken plates, (vii) swear to an oath or drink the bath water of her deceased husband in order to prove her innocence of any allegation or as part of cultural practice, (viii) under any guise, whether levirate or sororate, enter any form of marriage without her consent, or (ix) undergo any other repressive and degrading widowhood practices;

“(b) Maltreatment of a widow; (c) property grabbing against a widow; (d) willing of the matrimonial home to another person when the late husband is survived by a widow who has not remarried;

(e) Transfer of the legal guardianship of a child of a widow to another person unless it is proven that (i) she is of unsound mind and body, or (ii) vesting guardianship of the child with her would be detrimental to the interests and welfare of the child; or (f) disinheriting a widow from a property jointly owned by her late husband and in-laws.”

The bill also defines discrimination against a widow to include “any distinction, exclusion or restriction made on the basis of her being widowed,” while levirate marriage means the marriage of a widow to the brother of her deceased husband.

Property grabbing includes taking of property of a deceased person from his widow or children and such property may include the marital home, land, or any other moveable or non-moveable property.

Surrogate marriage means a husband engaging in marriage or sexual relations with the sister of his wife, usually after the death of his wife or if his wife is proven to be barren.”

Meanwhile, a widow residing with her in-laws or parents according to custom, tradition or due to other circumstances “shall not be denied access to the facilities under this bill on that ground.”

The bill also proposes a “National Day for the Prohibition of Discrimination against Widows, Women and Girls’ to be marked every May 23.”

The National Agency for the Prohibition of Trafficking in Persons will also be responsible for the enforcement of the proposed law, according to the bill.