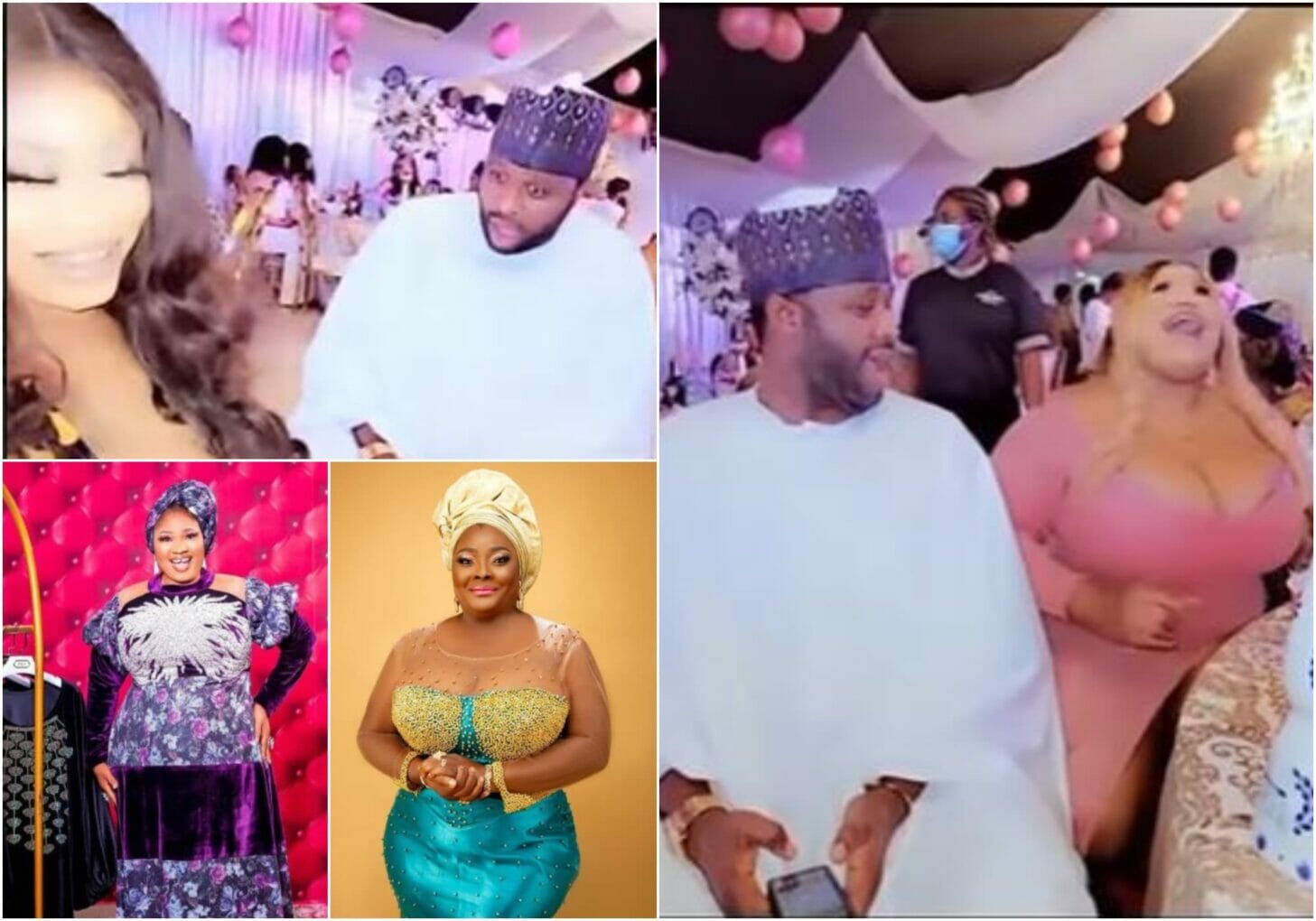 Nollywood actress Ronke Odusanya, Jaiye Kuti, and others expressed concern for their colleague Femi Adebayo after two ladies tempted him at the birthday party of their colleague Sotayogaga.

In the video shared on his Instagram page, Femi Adebayo was captured sitting between two heavily endowed ladies.

The ladies neither expressed any reservation as they danced excitedly with their ‘great’ natural assets, with Femi Adebayo making a joke about his situation.

Reacting to the post, Ronke Odunsanya, Jaiye Kuti and some fans urged Femi Adebayo to run to his life while some netizens slammed the unidentified two ladies.

iamyvonnejegede wrote: Stand up and run

mord_ecai2020 wrote: How people come out of their house half naked still baffles me. It is simply classless.

jayeola_monje wrote: Femi behold your behind

Lamenting on Instagram, the businesswoman who deals with food, wrote “It’s been 3 days since @lifelinechildrenshospital accidentally poked my 2 yrs old in his ears which resulted to bleeding and severe pains and there’s been no call or a text message to check on him or apologize for their unprofessionalism.

It’s a shame this shit hole is supposed to be one of the best children’s hospital we have in lagos and my experience with them thus far has been tragic.”

According to the proud father, his son is too fine and he is sure he took the fineness from him. He however used the opportunity to appreciate God on the life of his son and he also prayed for him.

Sharing some adorable photos he took with the birthday boy, the 41 year old wrote; Happy birthday my Prince Charming!! .. baby of the house! My replica! I gats to claim this resemblance cos you too fine!!

Alhamdulilah. I give all praises and adoration to God Almighty for keeping you and I pray you spend more years in good health, abundance of knowledge and you shall continue to be soure of joy as your name depicts ARIDUNNU.. Daddy loves you so much. LLNP boy!”

BBNaija Star, Kiddwaya reveals the reason he isn’t married yet.