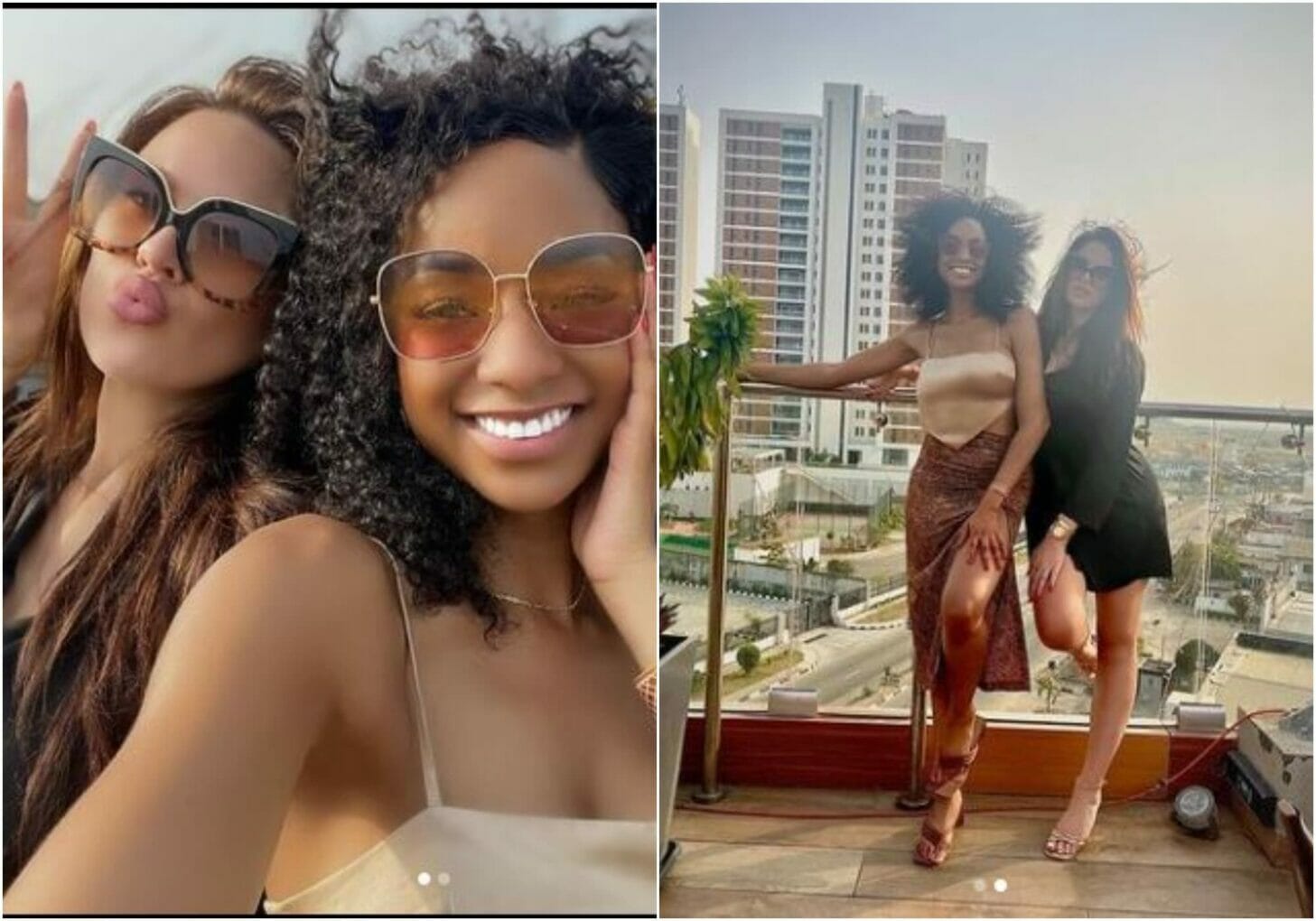 ‘This is how she found out about Alex’s lifestyle’ Reactions as Alex Ekubo’s ex, Fancy and IK Ogbonna’s ex-wife, Sonia, link up

Fancy Acholonu and Sonia linked up in Lagos months after her messy breakup with Alex Ekubo over undisclosed reasons.

However, there were speculations that Fancy Acholonu dumped Alex Ekubo and called off their wedding over rumours that he is gay.

Fancy and Sonia’s presence in Nigeria seemed like a surprise to many netizens who attributed their link up to a case of an ‘ex’ reunion.

Meanwhile, some social media users have claimed that Sonia would have contributed to the crash of Fancy Acholonu and Alex Ekubo’s relationship.

Others added that IK Ogbonna’s ex-wife, Sonia, would have gossiped about Alex Ekubo’s lifestyle to Fancy Acholonu.

ladypoet2000 wrote: Hmm! This is how Fancy found out about Alex’s lifestyle, Sonia must have informed her.

Kemi Filani News recalls that Fancy Acholonu confirmed their breakup speculations on 26th August 2021 and called off their wedding scheduled to hold on 27th November.

Fancy Acholonu, in a post shared on Instagram, said she decided to break up the relationship because it is essential for both parties to find happiness and live in their truth.

Her statement sparked outrage on social media as netizens and some Instagram bloggers alleged that the sexuality of Alex Ekubo caused the crash of the relationship.

However, an Instagram blogger also alleged that a few months after Alex Ekubo publicly confirmed his relationship with Fancy Acholonu, an anonymous lady sent her messages on her sexual relationship with Alex and several threats.

According to the source, Fancy Acholonu repeatedly asked Alex Ekubo about his relationship with the lady, but he denied being romantically linked to her.

The blogger added that after the Obi Cubana mother’s burial Alex Ekubo got into a mess. The mystery lady sent videos of herself in Alex’s home at midnight to Fancy Acholonu, mocking and calling her unprintable names.

Reacting to this, Fancy Acholonu blocked Alex Ekubo on all social media platforms and called off the relationship even after Alex Ebubo pleaded with her.