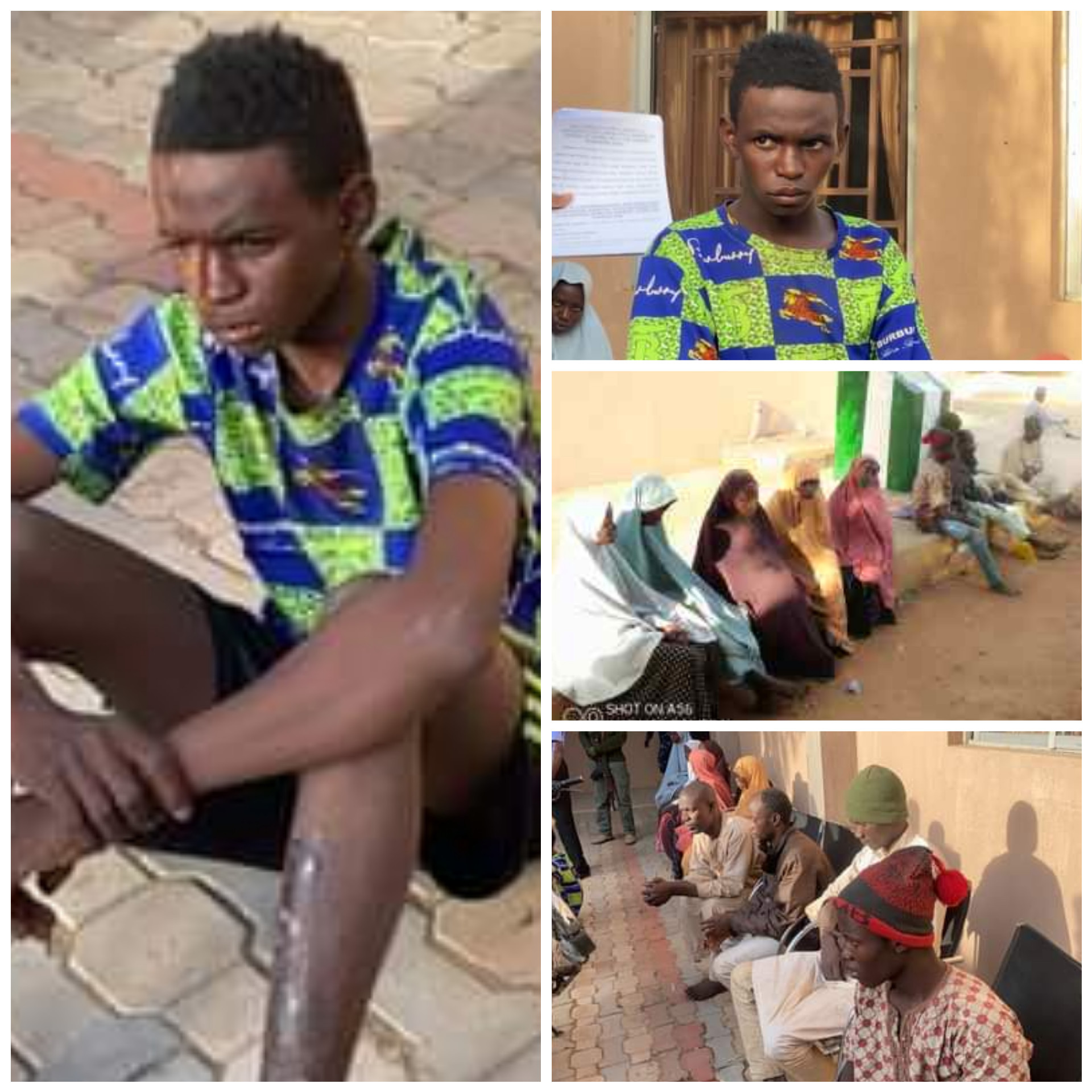 The Zamfara State Police Command has arrested a 20-year-old notorious bandit who specialized in kidnapping, bandirty, cattle rustling and other heinous crimes in Shinkafi, Zurmi and Birnin Magaji Local Government Areas of the state.

The bandit, Sani Mati a.ka. Mai-Yanmata, was a member of a notorious bandit kingpin,Turji but now operating under another gang of bandits known as Kachalla Sani Black.

Kachalla Black is a notorious bandit terrorizing communities and commuters in Northern Zamfara.

Addressing newsmen on Wednesday December 29, the Commissioner of Police in the state, CP Ayuba Elkanah, said the bandit was arrested while trying to block a highway around a community called Koliya with the intent to unleash mayhem on commuters and abduct innocent citizens.

“On the 28th December, 2021 at about 0500hrs, Police Tactical operatives deployed along Zurmi axis while on confidence building patrol acted on intelligence information that led to the arrest a notorious bandit, named Sani Mati a.k.a Mai-Yanmata ‘M’ a 20 year old who hailed from Mayasa village in Zurmi LGA,” the commissioner stated.

“The suspected bandit who was arrested while trying to block the road and kidnap innocent commuters at a village called Koliya, belonged to Turji’s camp but is now operating under a notorious bandits’ kingpin Kachalla Sani Black who operates at Zurmi, Shinkafi and Birnin Magaji axis respectively.

Elkanah said the suspect was arrested with an AK47 riffle, double Magazines, three rounds of live ammunition and one boxer motorcycle

“He was arrested with his operational AK-47 rifle, double magazines with 3 rounds of live ammunition and one Boxer motorcycle. He is currently undergoing discreet investigation aimed at arresting his partners in crime, before being charged to Court for prosecution,” the CP added.

In another development, ten persons including a nursing mother and a toddler were rescued by police operatives hours after being abducted during attack in their village, Gada in Bungudu Local Government Area.

“Today at about 0335hrs, armed bandits in large number invaded Gada village in Bungudu LGA where they attacked the house of the District head of Gada Alhaji Umaru and killed him along with four (4) other villagers and kidnapped some community members,” the Commissioner said.

“Police Tactical operatives in collaboration with Military and vigilante responded promptly and engaged the assailants to a serious gun battle. The joint tactical teams were able to disperse the hoodlums, rescued Ten (10) kidnapped victims including a one year old baby. Presently, normalcy has been restored in the affected area and its environ with improved confidence building patrol.”

“How come 2 of your wives divorced you in less than 2 months?” Charley Boy reacts to Ooni of Ife’s marriage crisis