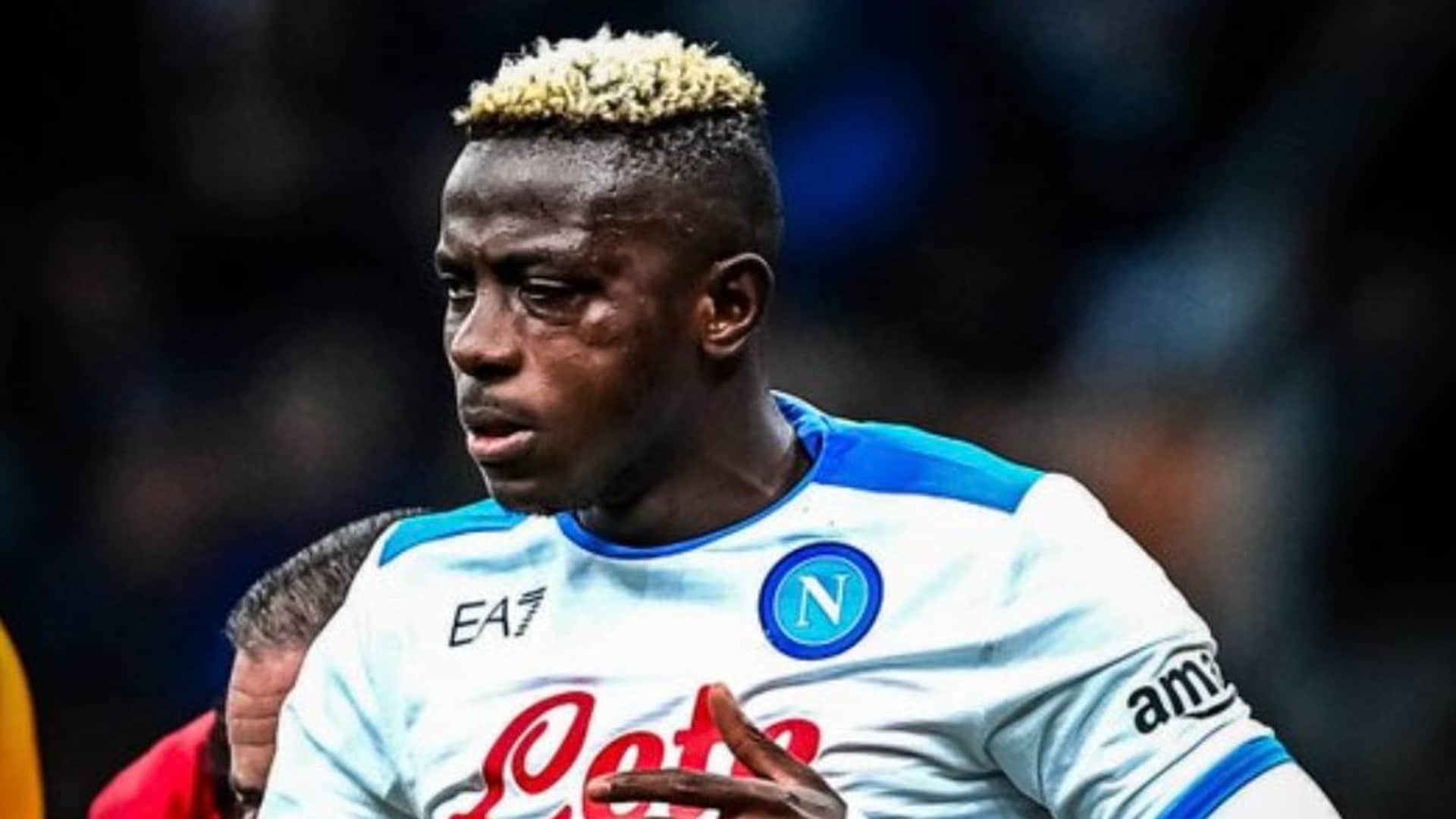 AFCON 2021: Shock as Osimhen asks Eguavoen to drop him

Napoli striker, Victor Osimhen, has pulled out of next month’s Africa Cup of Nations (AFCON).

Earlier on Thursday, Kemi Filani reported that the 22-year-old tested positive for COVID-19.

There have also been disagreements between the Nigeria Football Federation (NFF) and the Serie A club over the match fitness of Osimhen, who was recently listed in Augustine Eguavoen’s 28-man AFCON squad.

The former Wolfsburg player is also still recovering from a facial injury he sustained during an Italian league game.

But a source close to the player told TheCable that Osimhen has informed Eguavoen to drop him from the squad going to Cameroon for the biennial tournament so he “could fully recover from the injury”.

Another source also said Osimhen opted out of the tournament to allow peace to reign between his club and the NFF.

“Osimhen has made a call to Eguavoen to pull out of the Nations Cup due to all the back and forth over his release for the tournament,” the source told TheCable.

“He is tired from all that’s been happening over his release for the AFCON.

“Yesterday, he was supposed to have left for his club to show his loyalty and to also play the Juventus match on January 6 but his PCR test came back positive.

“He feels devastated because since he came into Nigeria, he’s been keeping safe but now he tested positive. He has to recover first.”