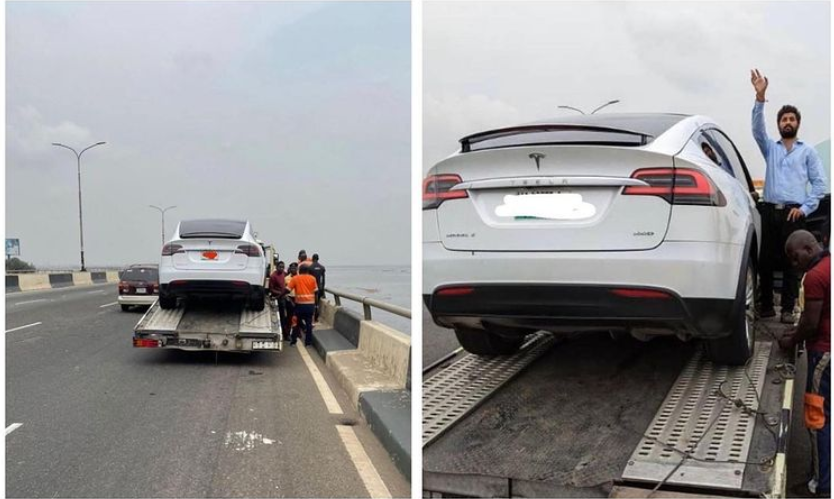 Photos of a Tesla car which packed up on Third Mainland Bridge in Lagos, has gone viral after being shared online.  Twitter user, @oku_yungx claimed that the electric car's battery got weak on the bridge.

Cover your husband’s nakedness. There is no perfect husband anywhere