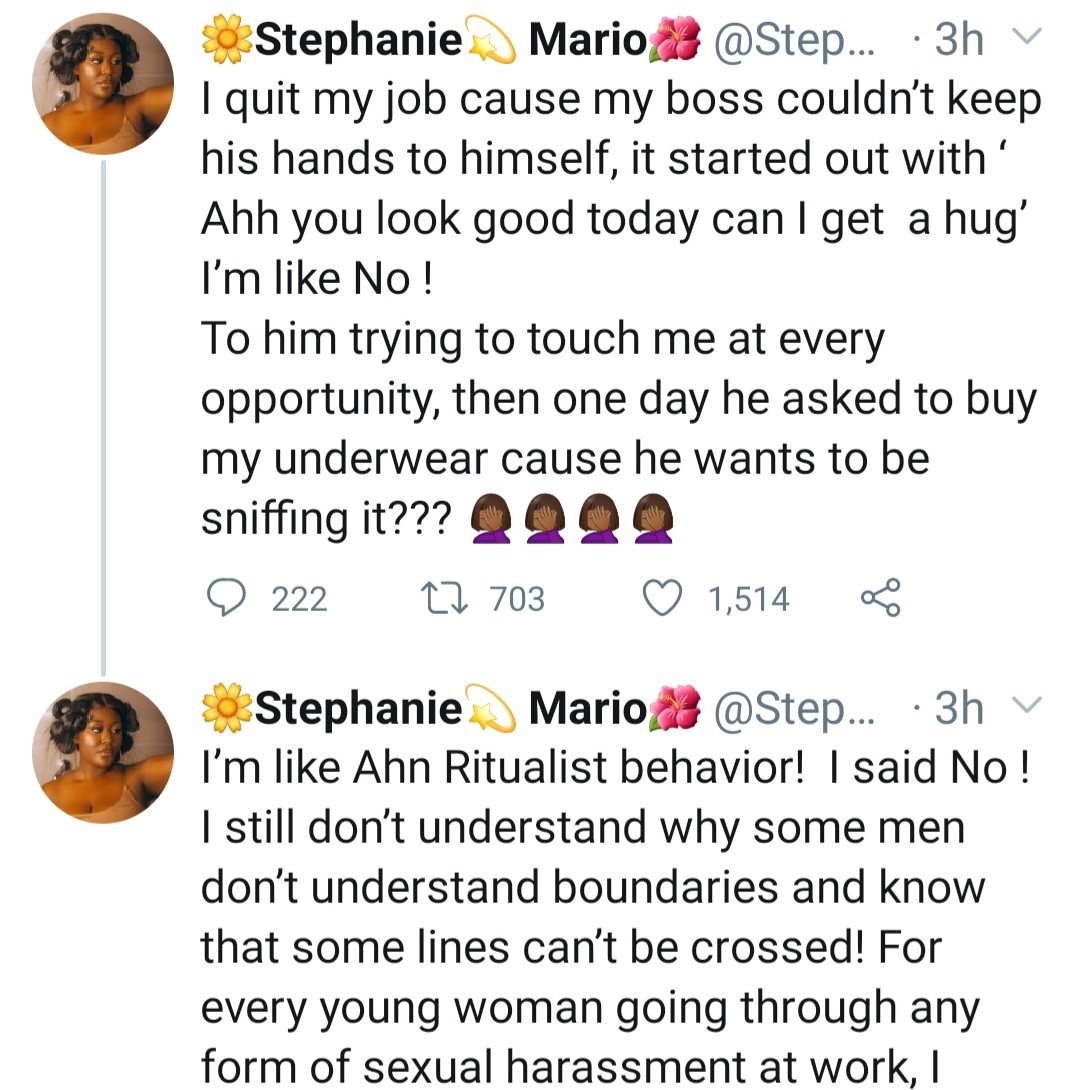 A woman had to quit her job due to sexual harassment from her boss.

She took to Twitter to narrate how the harassment began.

She claimed that it began with him paying her compliments and asking for a hug, to him touching her any chance he gets.

She said she finally quit when he asked to buy her underwear.

Read her tweets below.