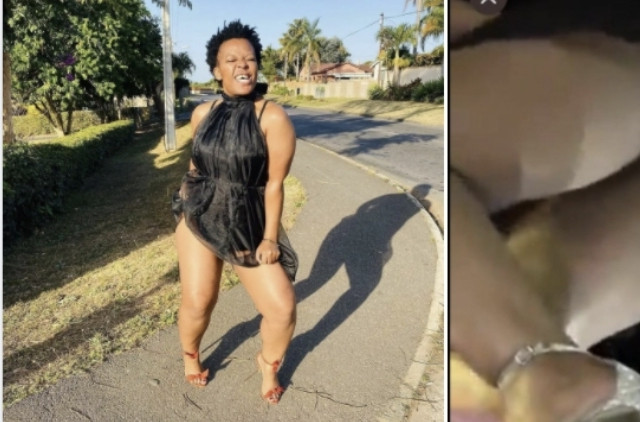 The entertainer was seen removing her panties mid-performance in the viral video, and subsequently flashed her vagina and bare butt as fans cheered.

The video was described by some social media users as uncomfortable to watch, while some applauded her for being herself.

She also shared her semi-unclad video from the performance on Instagram. Watch the 18+ videos below…