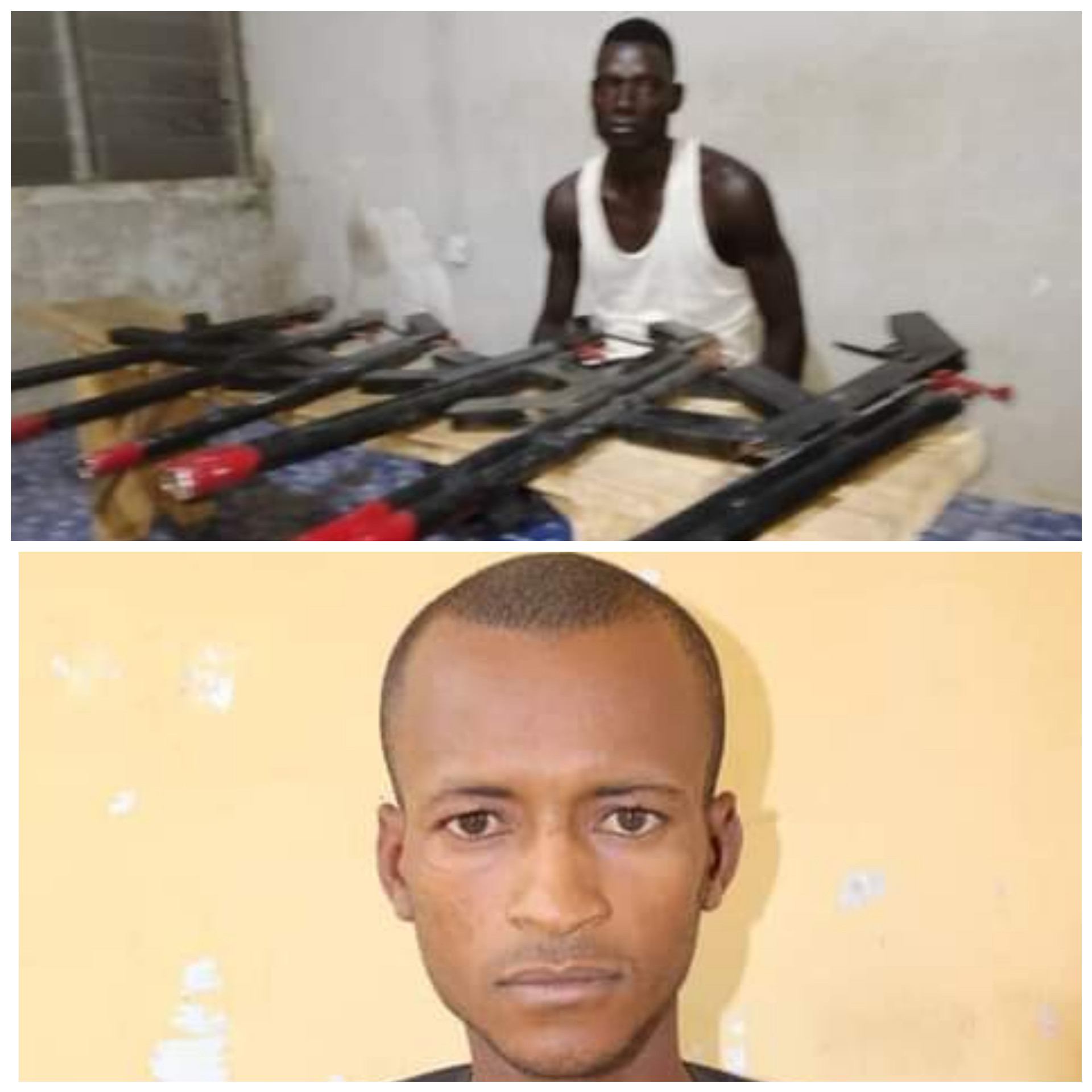 The Niger State Police Command has arrested a suspected kidnapper and another suspect for unlawful possession of firearms.

Spokesperson of the command, DSP Wasiu Abiodun in a statement on Friday, December 31, said one Musa Yakubu was arrested along Zungeru-Minna road with six locally fabricated guns.

“On 30/12/2021 at about 2330hrs, Police patrol team attached to Zungeru Division, while on routine patrol along Zungeru-Minna road intercepted and arrested one Musa Yakubu age 20 yrs ‘m’ of Kampani-Waya village via Kontagora riding an unregistered Bajaj motorcycle,” the PPRO stated.

“During search, the suspect was found in possession of six (6) locally fabricated guns without catridges and during interrogation, he claimed to have bought the guns from someone he does’nt know his name, but reside in the same village (Kampani-Waya)

The suspect further claimed that he was taking the guns to one Adamu Ibrahim and Saidu Abubakar both ‘m’ of Beji village in Bosso LGA.

The case is under investigation as effort is ongoing to apprehend the said Adamu, Saidu and the supplier, Abiodun added.

In another development, the spokesperson said one Umar Mohammed suspected to be a member of a kidnapping syndicate was arrested in Bosso.

“On 26/12/2021 at about 1700hrs, based on credible intelligence, Police operatives attached to Intelligence Unit of the Command arrested one Umar Mohammed (aka Babuga yellow) age 26 yrs ‘m’ of Gujape area of Beji village via Bosso LGA,” the statement reads.

“The suspect was arrested at Garatu village who is suspected to be member of a kidnapping syndicate. During interrogation, he confessed to have belonged to group of bandits who specialized in cattle rustling and kidnapping for ransom. He mentioned other members of the gang as follows: Bokolore, Ruwance and Giware all presently at large.

“He further confessed that the syndicate was planning to abduct two prominent persons in Garatu village, after series of cattle rustling escapedes perpetrated by the gang at different locations in Beji, Wushishi and Kataeregi. Case under investigation as effort is ongoing to apprehend other members of the gang.”