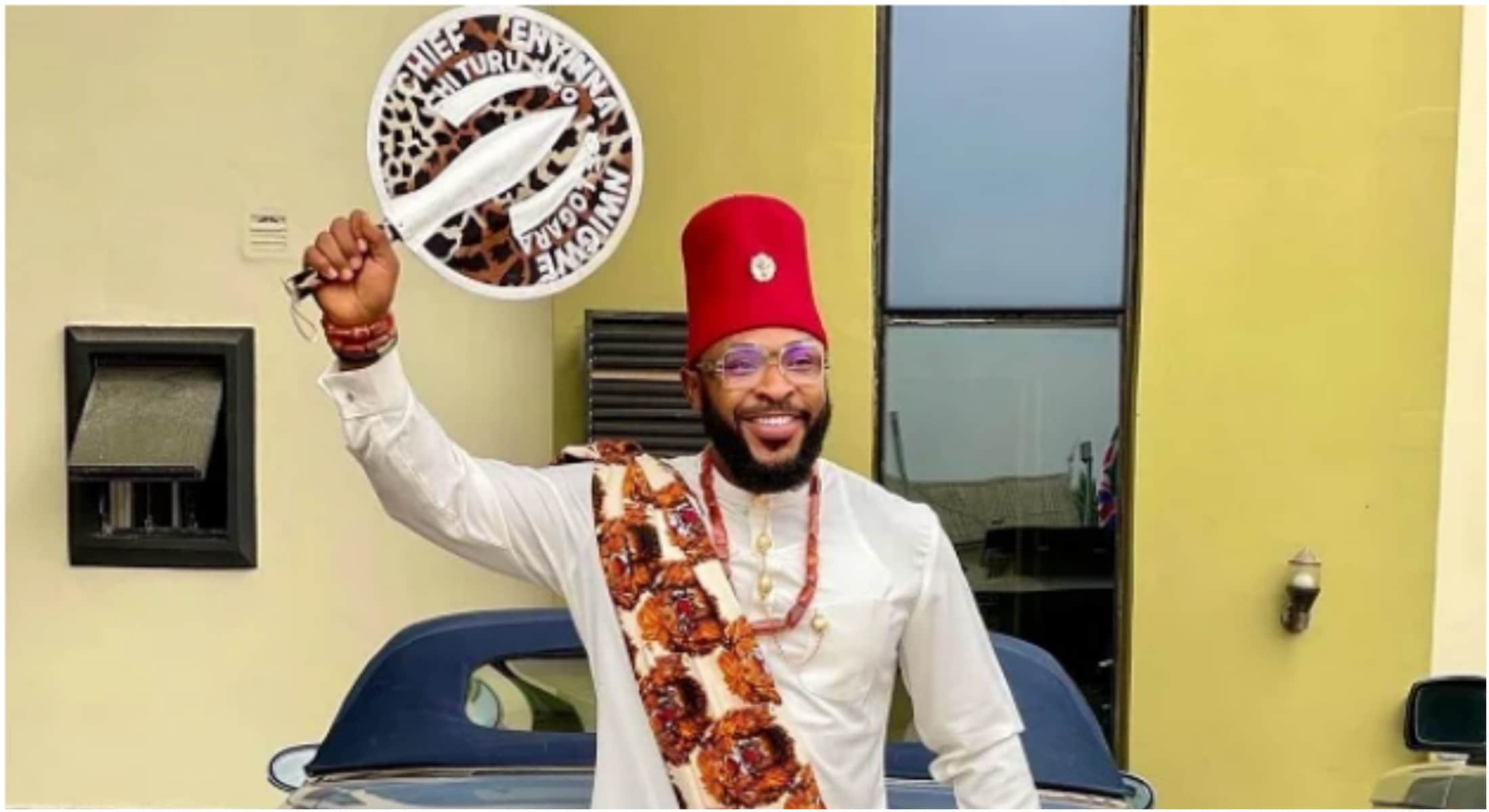 The Nollywood actor was named “Chi Turu Ugo 1”, translating “one crowned by God”.

He was conferred with the honour under Felix I. Njoku, the Ogaraku II of Logara.

Fans and colleagues of the star actor have taken to social media to congratulate him on the latest achievement.

Filmmaker and actress, Chinney Love added:Chief Yinus…: Your Artist fee has gone up u are now a chief 😂 congrats my love”

Kemi Filani News reports that the ceremony which took place on December 26, witnessed the presence of Igbo citizens and friends alike.

The versatile actor was cast in ‘Black November’, a 2012 action drama, opposite the likes of US’ Oscar-winning Kim Basinger and Akon, the Senegalese showbiz mogul.

He also starred in the forthcoming thriller ‘Badamasi: Portrait of a General’.

Asked about his relationship life during an interview, Nwigwe said: “You’ll hear about me soon. I’m a private person, I don’t want to be out there. Whenever you hear a wedding happening, then it did.”