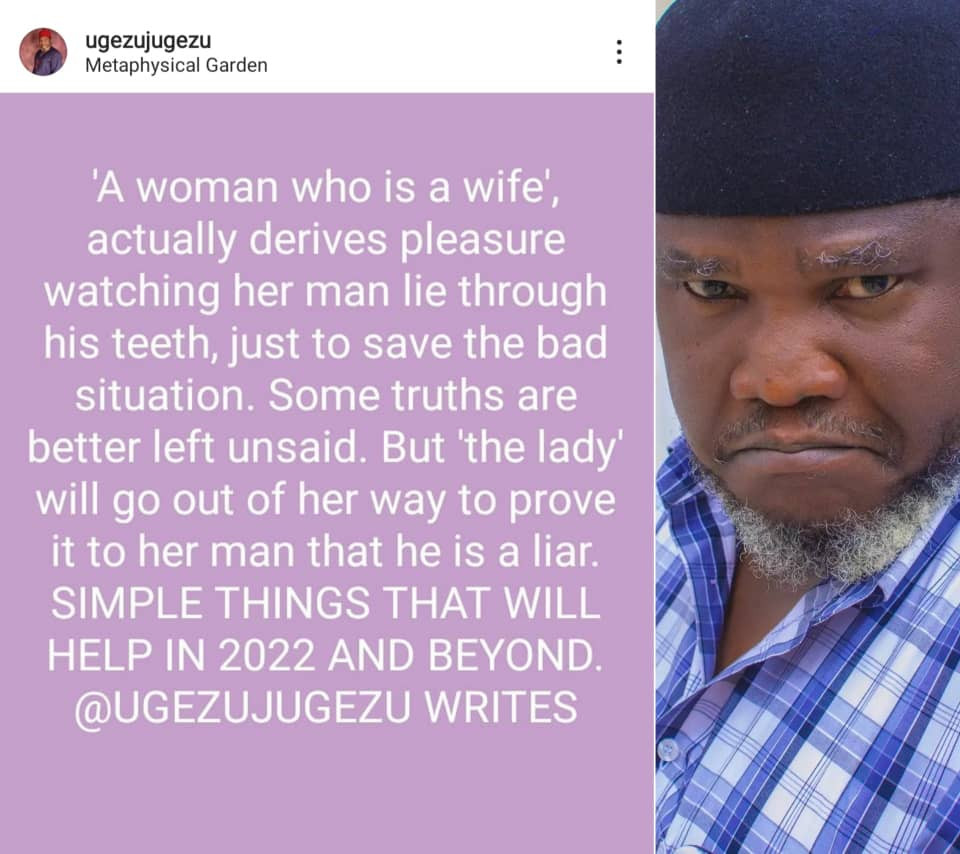 Filmmaker, Ugezu Ugezu is of the opinion that a woman who is a wife actually derives pleasure in watching her husband lie through his teeth just to save a bad situation because some truths are better left unsaid.

He opined that, unlike a woman who is a wife, a ”lady’ would go out of her way to prove to her man that he is a liar. He ended by saying simple things such as these distinctions are what would help in this new year and beyond.