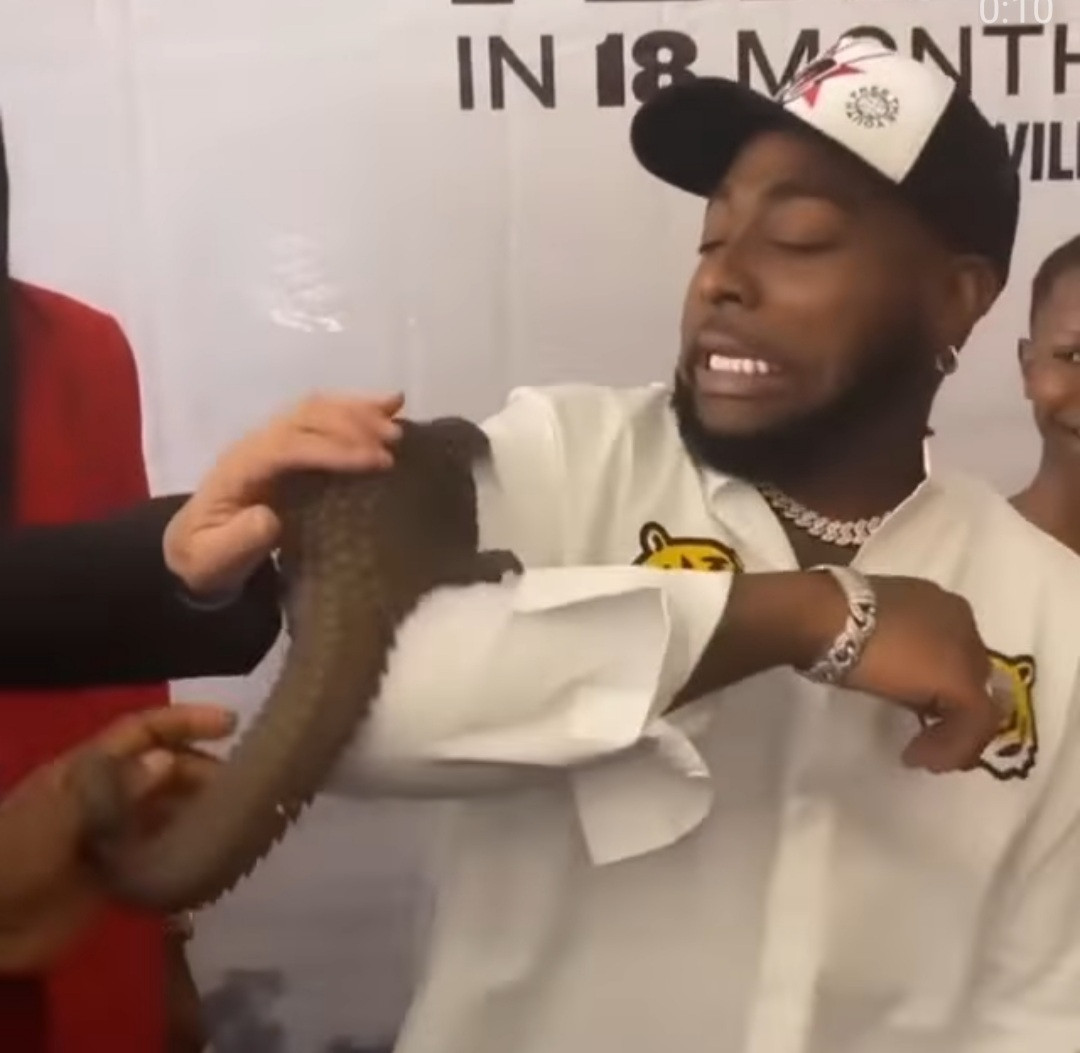 Davido appeared ready to run off after a pangolin was placed on his arm.

The singer was at a public event when animal handlers put a pangolin on his arm.

As the animal started climbing towards his shoulder, Davido begins fidgeting and the animal was taken off him.

Child comedian, Emmanuella,  is seen behind Davido, laughing at the singer’s discomfort.