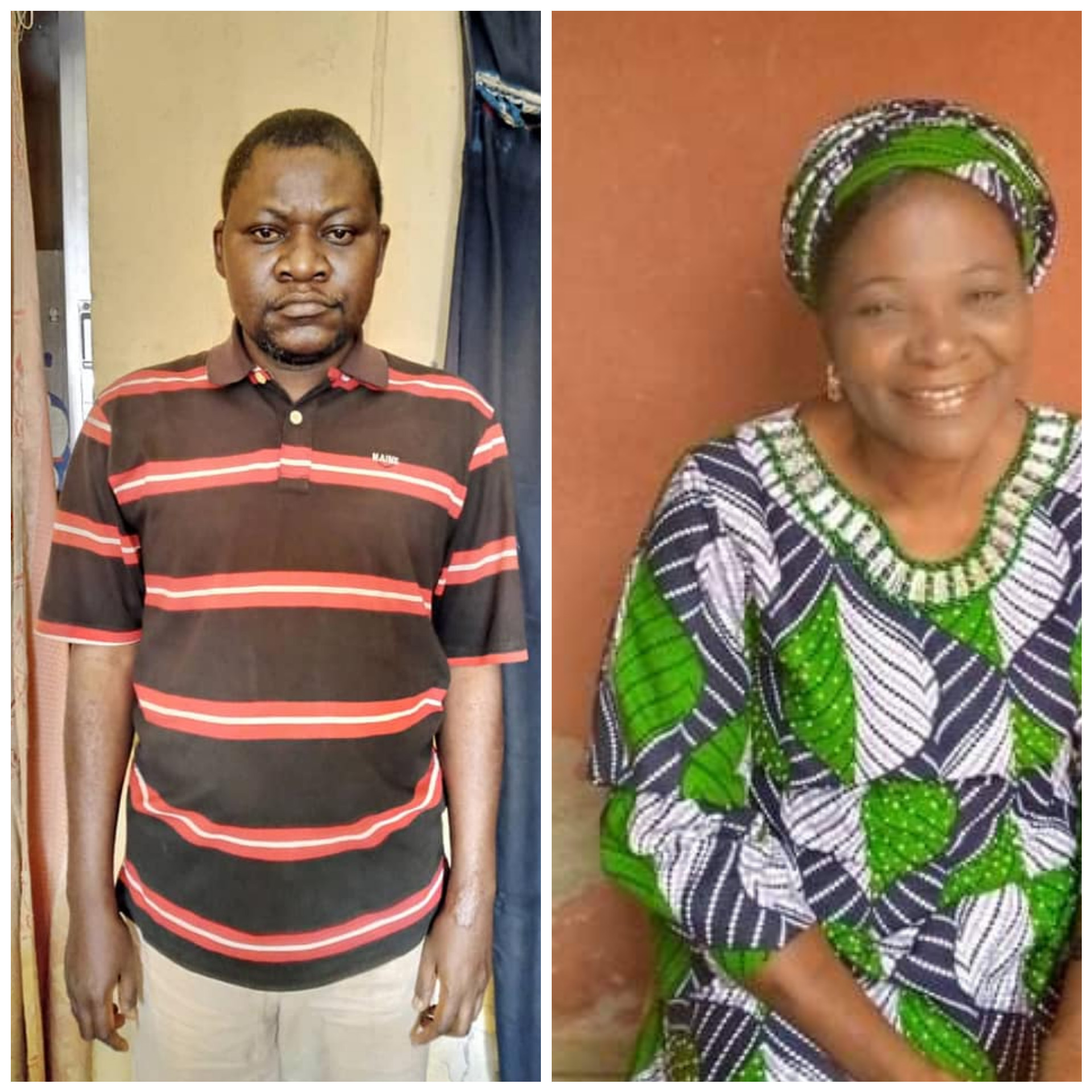 The Niger State Police Command has paraded a 39-year-old man, Stephen Jiya, who was arrested for the murder of his mother, Mrs Comfort Jiya.

Comfort was in her kitchen at her residence in Darusalam Area of Minna, when her son said to be a drug addict, returned from Suleja on Monday December 20, and poured petrol on her before lighting her up.

Spokesperson of the command, DSP Wasiu Abiodun, in a statement on Thursday, January 6, 2022, said the suspect confessed to the crime claiming that his mother usually intruded into his marital affairs.

“During interrogation, the suspect confessed to the crime and claimed that on 19/12/2021, he had misunderstanding with his wife at his home in Suleja which attracted intervention of neighbours and the issue was laid to rest while he left to work. On his return from work, he discovered that his wife had left home to Minna without his consent

“He confessed further that he left Suleja to Minna on 20/12/2021 with a plastic bottle of premium motor spirit (pms) and went to the family house where he met his mother cooking in the kitchen,

“The suspect sprayed the deceased with the pms in his possession and set her ablaze because she usually intrudes into his marital affairs, thereby suspected her for his wife’s disappearance from home

“The outcry of the deceased and the flame attracted neighbours who rushed her to General hospital Minna and she was later referred to another medical facility where she later gave up the ghost. Suspect has been arraigned in court for prosecution.

“The Command therefore wishes to advise parents/guardian to closely monitor their wards against influence of bad peers and use of hard drugs which always have strong connection to crime.” Abiodun added.

How 300 level UNIJOS student was lured to hotel, drugged, killed, her eyes and other vital parts removed