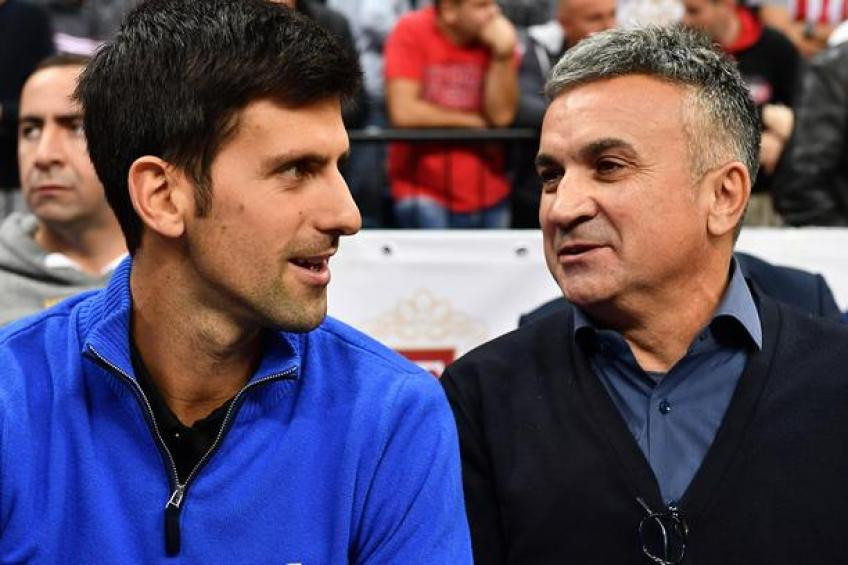 Djokovic is being held inside Melbourne Airport since landing in Australia on Wednesday, January 5, reportedly inside a room without members of his entourage and without a mobile phone.

Officials are questioning Djokovic after a member of his team filled out the wrong visa ahead of entry to the country over his exemption to get vaccinated.

The visa applied for does not allow a medical exemption of the kind that the Serbian has received to compete at the Australian Open as an unvaccinated player.

Meanwhile, his father Srdjan Djokovic has issued a statement to the Australian government, asking them to release his son while suggesting that protests may be imminent if Djokovic is not released.

‘If they don’t let him go in half an hour, we will gather on the street, this is a fight for everybody.’

His father told a Serbian radio station his superstar son was being kept isolated in a room without access to his support staff or a mobile phone.

‘In front of the room are two policemen,’ he told the B92 internet portal.

All players and staff at the Australian Open must be vaccinated or have an exemption granted due to strict border control rules in the state of Victoria.

Victorian state government officials have said that they refuse to formally support Djokovic’s application for a visa, and it remains unclear why the Serbian, who is the defending champion at the first Grand Slam on the tennis calendar, has received an exemption.

Scott Morrison, the Australian prime minister, has urged Djokovic to provide “acceptable proof that he cannot be vaccinated for medical reasons.”

Morrison continued: “If that evidence is insufficient, then he won’t be treated any different to anyone else and he’ll be on the next plane home,”

“There should be no special rules for Novak Djokovic at all. None whatsoever.”

The Australian Open is due to begin on January 17.