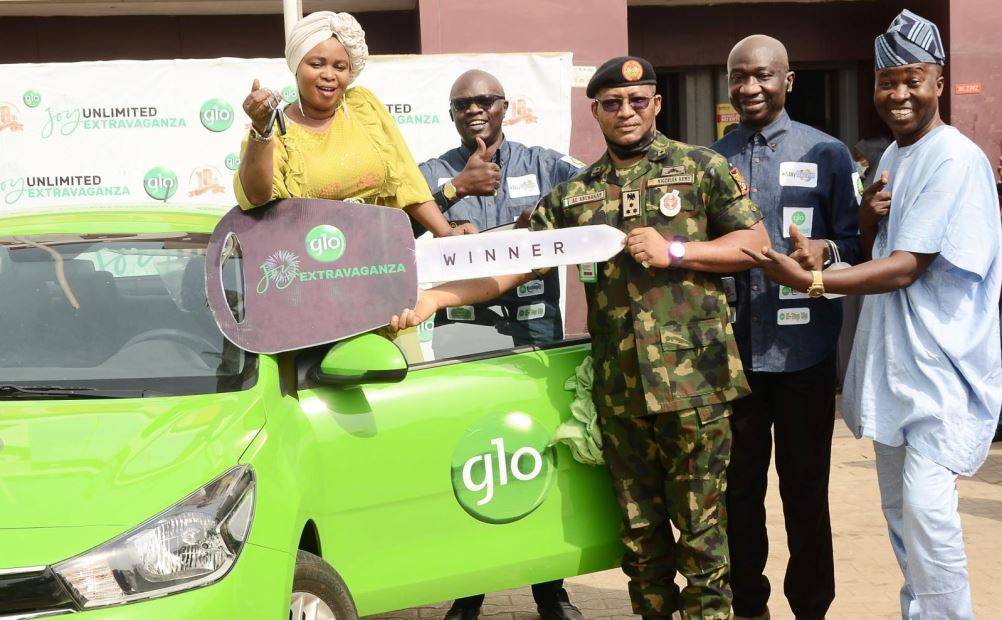 Year 2022 started on an amazing note for Glo subscribers in the Ilorin area of Kwara State as 54 of them on Thursday went home with the prizes they won in the Joy Unlimited Extravaganza promo.

The star prize winner was 31-year-old mother of three, Bello Ganiyat, who became the latest owner of a brand new Kia Rio car courtesy of the Glo promo. She told newsmen after receiving the keys to her car that she was full of disbelief “until I got here this morning and saw things for myself “.

Apart from the car winner, 53 other subscribers also went home with valuable household appliances such as refrigerators, generators and television sets. Oluwatobi George Adebiyi, 33, who won a refrigerator said he was excited because he believes that the prize is a sign of more blessings to come his way this year.

For Ojewuyi Elijah, who won a power generator, and Ibrahim Olaleke, who won a television set, Globacom has once again demonstrated that I cares about the wellbeing of Nigerians. “Globacom is our own and it has never disappointed us”, they stated.

Globacom’s Regional Sales Manager in charge of Kwara State, Mr. Tunji Omoworare, said that more winners will emerge in subsequent draws and that they will get their items including brand new cars in other events to be held in Abuja on January 13, Cele- Okota, Lagos, on January 20 and Adeola Odeku, Victoria Island, Lagos, on January 27.

Mr Omoworare explained that subscribers can participate in the promo by dialing *611# on the Glo network. “The more the recharge, the more entries a subscriber gets and consequently the greater the chance to win these amazing prizes,” he àdded.