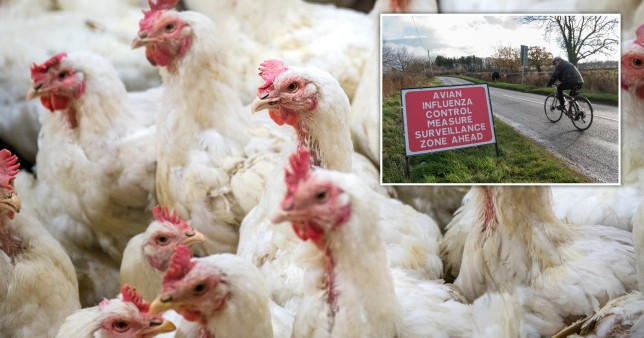 Bird flu detected in human in the UK

A human case of bird flu has been found in South West England in a UK first, officials have confirmed.

The patient, who kept birds, is isolating and there is currently no evidence of onward transmission, Metro UK reports.

The strain of the bird flu identified in the infected person has never before been confirmed in a human in Britain.

The Health Security Agency (HSA) said it has contacted the World Health Organisation over the case but insists the risk to the public is low.

In a statement, it said: ‘Bird to human transmission of avian flu is very rare and has only occurred a small number of times in the UK previously.

‘The person acquired the infection from very close, regular contact with a large number of infected birds, which they kept in and around their home over a prolonged period of time.

‘All contacts of the individual, including those who visited the premises, have been traced and there is no evidence of onward spread of the infection to anyone else. The individual is currently well and self-isolating.’

Bird flu, also known as avian flu, is a type of disease that spreads among birds.