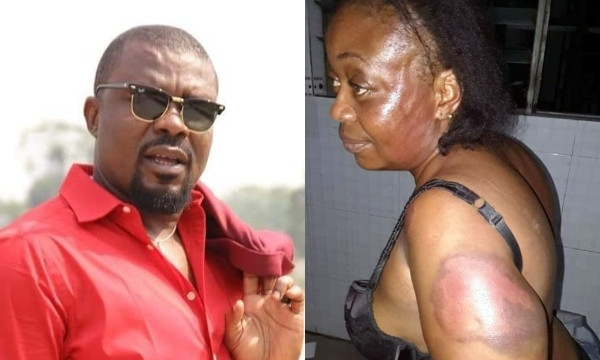 Justice Edem Akpan of a high court in Uyo, Awka Ibom State, has ordered a former councilor in the state, Uduak Nseobot, and his wife, Aniedi, to pay N4million for assaulting and striping a woman, Iniubong Essien, naked in public. The court also ordered that they pay an additional N200,000 to the woman to cover the cost of litigation.

Sahara Reporters reports that Nseobot had sometime in November 2018 when he was still in office, abducted the victim in Uyo and drove her to Ibiono Ibom Local Government Area of the state, about 27 minutes drive, where he and his wife assaulted and publicly stripped her. They had reportedly accused her of stealing their money, which they claimed was “sprayed” on them at their wedding ceremony.

The victim had her body painted with charcoal and a rope tied around her waist while she was forced to dance naked before some community people.

Delivering judgment in the case, Justice Akpan, while delivering a verdict on Thursday January 6, said what Nseobot and his wife did to the woman was “totally condemnable”. The judge added that the man’s action was a typical disregard Nigerian politicians have for citizens’ rights. He added that by their own affidavits, the man and his wife “admitted to committing the atrocities” and that they had no defense for what they did.

A Lagos-based lawyer, Inibehe Effiong, who had filed the fundamental rights enforcement suit on behalf of Ms. Essien, told newsmen that his client had been vindicated by the judgment.

“From the outset, the evidence was very compelling. What the former councillor did was quite outrageous. I think that is about one of the most grievous examples of human rights violations (in Nigeria).

We are going to enforce the judgment. If they go on appeal, we will be waiting for them.” he said

Masquerade removes his mask to beg for money (video)