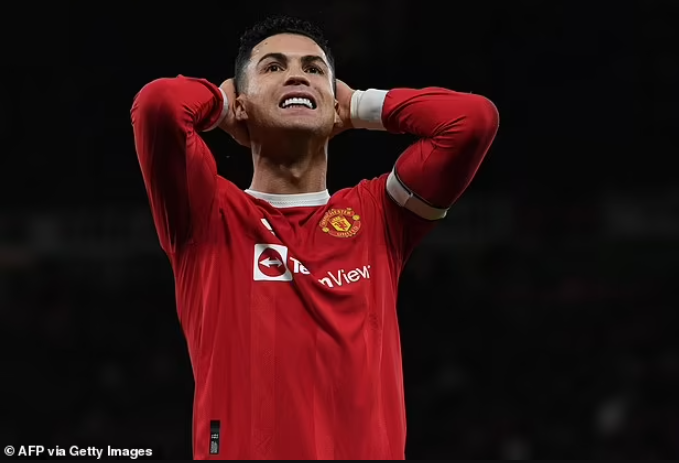 A new bombshell report has claimed Cristiano Ronaldo is considering leaving  Manchester United at the end of the season if their choice of manager does not suit him.

According to The Daily Star, Ronaldo, who only rejoined the Red Devils in the summer from Juventus, is keeping a close eye on who the club appointed as their next permanent manager at the end of the season.

Ronaldo’s deal at Old Trafford runs until 2023 but the report explains that the Portuguese would be willing to leave 12 months early if the next appointment cannot bring the best out of him.

United have declined even further since Ole Gunnar Solskjaer was sacked and German boss Ralf Rangnick came in to take charge on an interim basis.

The plan for Rangnick at the end of the season is to step into a ‘Senior Football Advisor’ role for the next two years.  Even with Rangnick not in contention for the job on a permanent basis, Ronaldo is said to have made his feelings clear that he would not support any decision to appoint the German full-time.

A source told the Star that Ronaldo ‘thought it would be better than this’ and that as a ‘born winner’ he wants ‘to be winning more trophies’.

Rangnick will, more likely, be part of the process to appoint the next manager, a permanent successor to Solskjaer, who was axed in November following a loss to Watford.