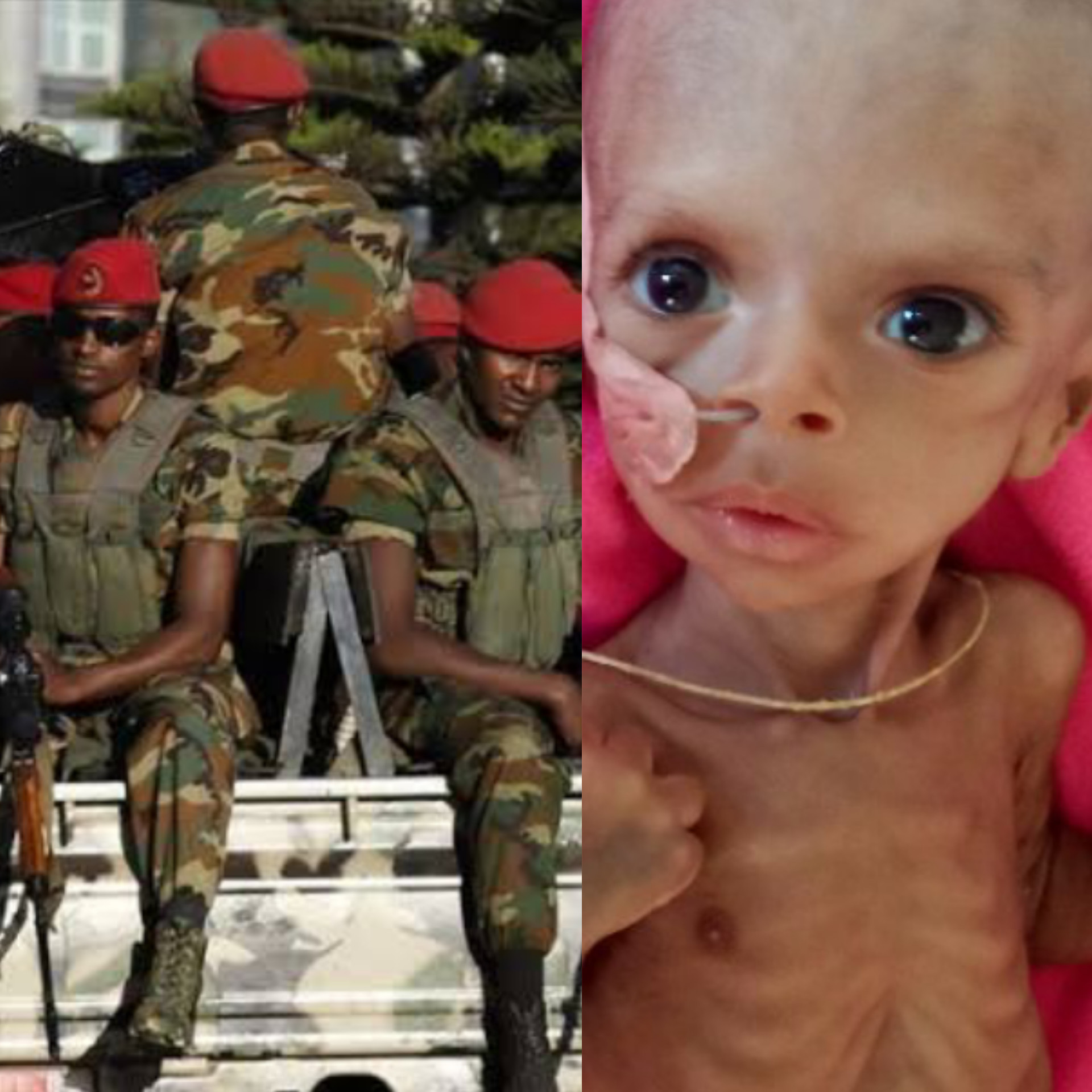 Surafeal Mearig, a 3 month old baby is among many children who are malnourished in Ethiopia’s war-torn region of Tigray.

The 14-month civil war that has also spread to the neighbouring Afar and Amhara regions, has made many children like Surafeal lie helpless at the biggest hospital in Tigray, the Ayder Referral Hospital.

Photos released by the hospital show the child with eyes wide open, and his ribs pressed against his thin-wrinkled skin.

Surafeal’s paediatrician at the Hospital in Tigray’s capital, Mekelle, told Reuters news agency that he weighs 2.3kg, one kilogramme less than he weihed at birth.

According to medical notes published by the hospital’s staff, his mother’s milk has dried up and his parents, now both unemployed, cannot afford to buy formula milk for him to feed on.

“It is now six months since any supply has come here from Addis Ababa [the federal capital],” a doctor at the hospital told the BBC on condition of anonymity fearing his family could be targeted.

“We’ve almost finished what we had since our last supply arrived in June. Everything is running out,” he added.

“My child has appendicitis and cannot get treatment,” .

And as the shortages continue he says they will have no choice but to stop all surgery by next week.

“We don’t have supplies. That’s the point we’ve reached now, which is why we wanted to let the world know. Most hospitals are closing.”

The medics said more than 40% of children aged under five years who come to the hospital are malnourished, which is times two of the 2019 rate.

Doctors say a six-month “blockade” by federal forces and their allies is the reason why there is severe shortage of medicines and equipment which they say are leading to avoidable deaths.

“Since the region was besieged, another 35 patients have lost their lives due to dialysis service absence,” the report says.

Doctors also say they have been forced to stop bleeding with their bare hands, wash and reuse gloves or make their own disinfectant fluids.

According to the latest report by the United Nations Office for the Coordination of Humanitarian Affairs (Ocha) on 30 December, aid convoys have not reached Tigray since mid-December because of bureaucratic delays and insecurity.