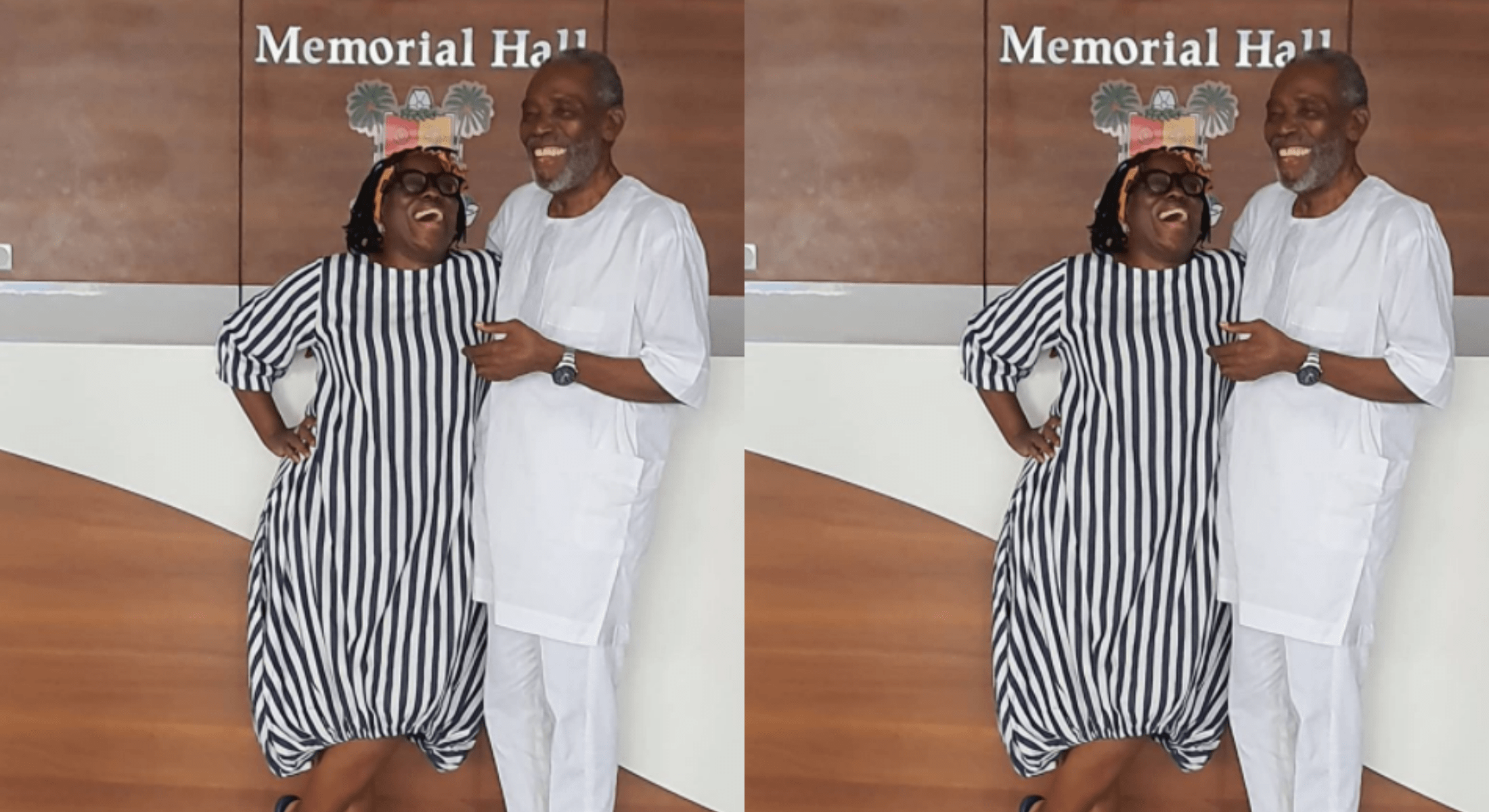 Olu Jacobs and his wife Joke Silva appear to be in love in these fresh images he posted on Instagram.

Mummy J, as she is affectionately known, took to her Facebook to narrate a pleasant event with her hubby.

She wrote: Took sir J, @_olujacobs to visit Glover Memorial Hall after the hand over yesterday. Pic 2) Can’t for the life of me remember what he said but I was in stitches #GloverMemorialHall

Nigerians took to the comment section to gush over the duo.

One Mercy wrote, ” wish to grow old and happily with my husband to o…chai”
Another follower wrote, “If u have gone through this journey, to manage a person with dementia, u will give this woman a warm hug and love her more, she is the best wife no be for mouth. I managed my mum for 2 yrs and today she is back to normal and healthy. God heal him”

One SugarChika commented, “God pls if I’m to end up with any man, pls give me who we will both be till the end of time”

Joke Silva recently spoke out about her husband and fellow actor, Olu Jacobs, and his health.

The actor has been off the big screen for a while, but he was recently seen in public, appearing fragile, at the Africa International Film Festival Awards (AFRIFF) in Lagos. In an interview with Channels Television’s Chude Jideonwo, the actress confessed that her spouse has been battling Dementia with Lewy Bodies (DLB) for a few years.

He is dealing with issues and it has been going on for a couple of years. It is known as dementia with Lewy Body. It is a degenerative disease that affects the brain and it is almost like a Parkinson’s type of disease, it affects the brain so you don’t see the shaking. It affects the person,” she said.

She added that “It is the first time I said that publicly. I knew the time will come that it has to be known.”

Police officer arrested for selling arms to cultists in Kwara