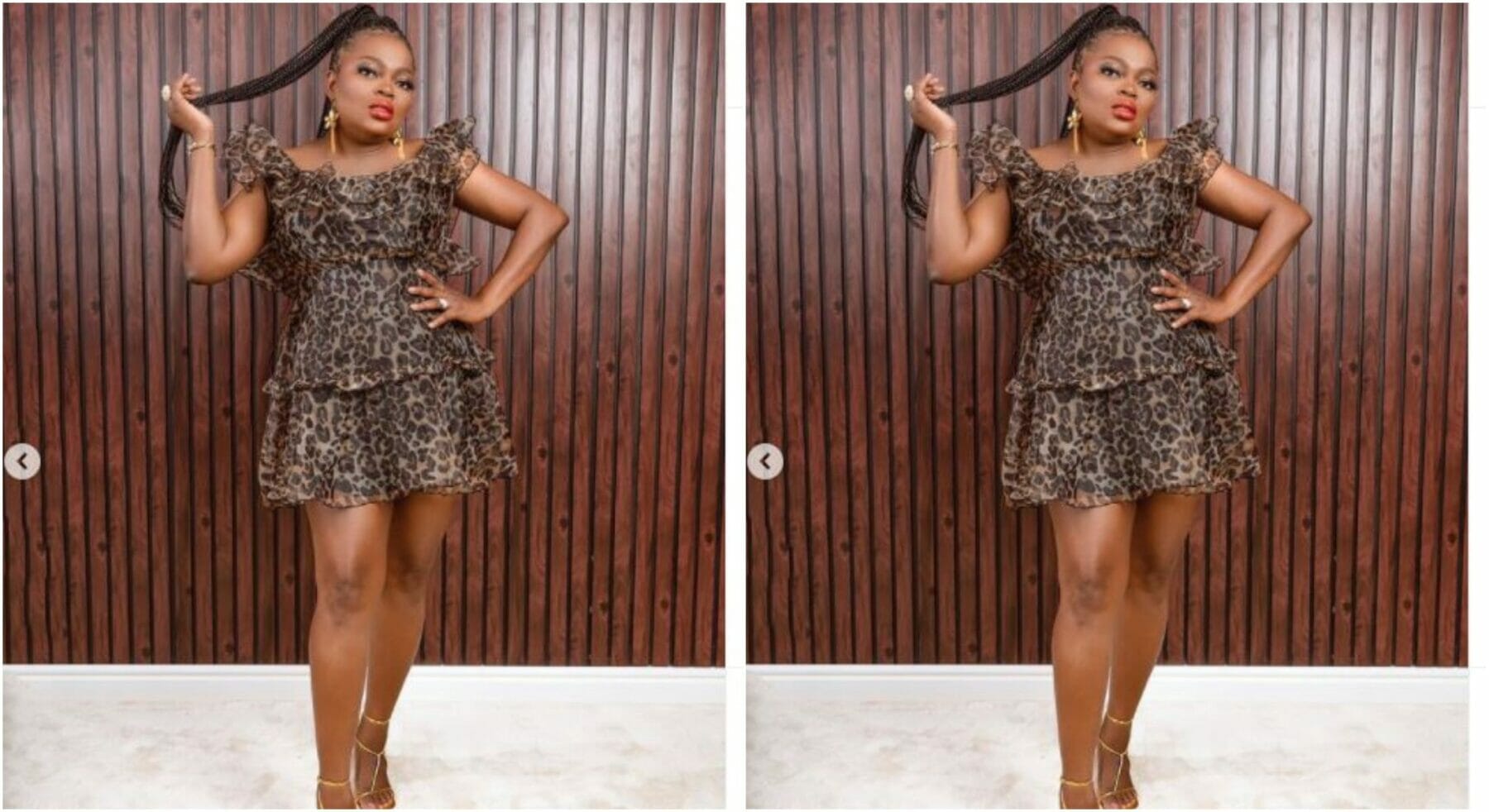 Nollywood actress Funke Akindele has taken to social media to reveal she is currently angry over something she failed to disclose.

Taking to her Instagram page, Funke Akindele shared a video of her with a straight face and later started dancing in excitement.

According to Funke Akindele, she is angry but decided to change her mind because 2022 is all about joy, laughter, happiness, positivity and prosperity.

She wrote: I Dey vex but…… I changed my mind to be happy because 2022 is all about JOY! LAUGHTER! HAPPINESS! POSITIVITY AND PROSPERITY!!

Kemi Filani News recalls that in August 2021, described the anguish and emotions she went through when she was arraigned among others for throwing a party during the Lagos State government’s Coronavirus lockdown to prevent the spread of the virus.

In an interview with Chude, the all-time box office actress revealed that the era was so difficult for her that she considered suicide at one point.

“When I was told to write my statement, I said, ‘I wish I could just die. I didn’t do anything wrong. Let me just die so it will cover the whole thing”, she said.

Lagos decision on Sylvester Oromoni: We will come with our feeding bottles and food flasks, Ijaw Youth threatens shutdown if Dowen College is opened