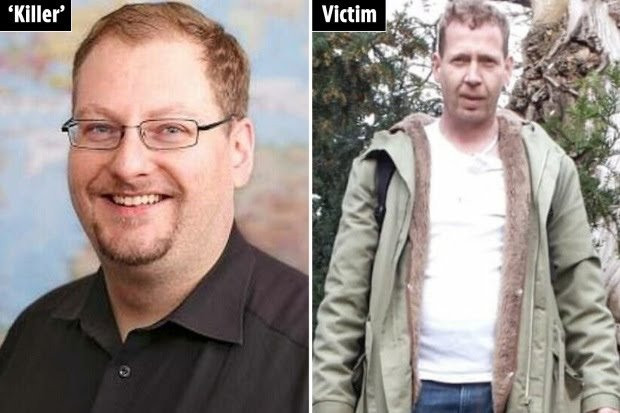 Man with cannibal fantasy sentenced to life in prison after having $ex, mutilating and eating the private part of man he met on a dating site

A court in Berlin, Germany has found a man guilty of murdering another man and eating up his genitalia as part of a cannibal fantasy after meeting him online and having sex with him.

The man known as Stefan R, cannot be fully named due to Germany’s privacy laws, but has been sentenced to life in prison after the presiding judge noted the acute severity of the crime committed.

Stefan R  murdered and desecrated the victim’s corpse after they had sex according to prosecutors.

According to prosecutors, 42-year-old Stefan R made contact with the victim via a dating app before luring him to his house.

Once there, the victim was sedated with drugs before his throat was slit and his genitalia cut off to be eaten.

The corpse was then cut into pieces and scattered across the northeastern Pankow district of Berlin.

The case first came to light in November 2020, after human bones were found in a park in the neighbourhood.

Police identified the remains as those of 43-year-old missing Berliner, Stefan T.

The judge said in court today the killing was carried out by Stefan R “to realise his cannibalistic fantasies”.

Through the victim’s phone records, investigators were led to the murderer’s address, where they found traces of blood, more remains and a set of work tools.

During trial, Stefan R rejected the accusations but his conviction means he will now spend his life behind bars.

Trouble in Paradise? Sandra Iheuwa reverts back to her name; husband Steve Thompson removes ‘husband and father’ from his Instagram bio