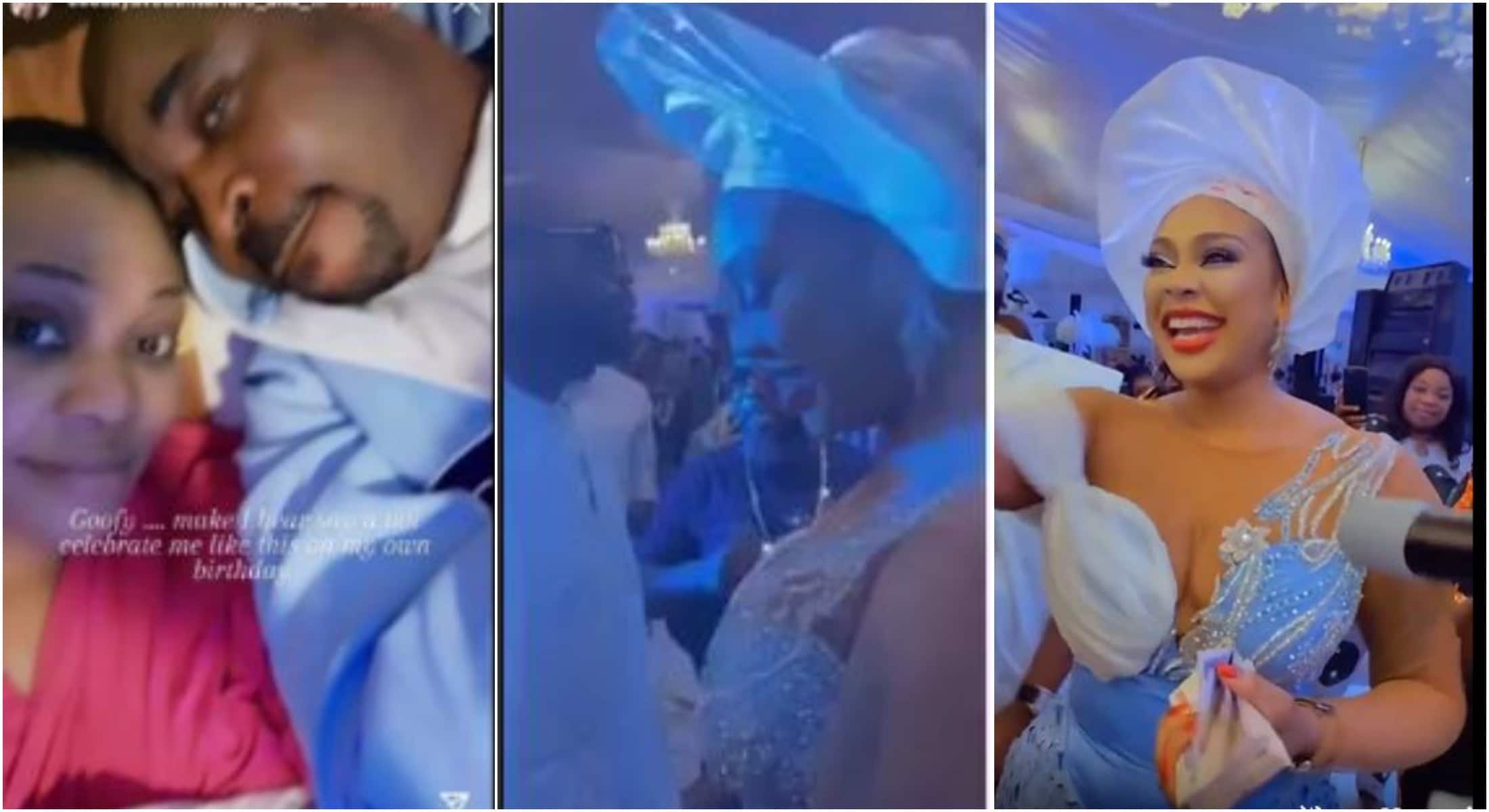 MC Oluomo’s former lover and Lagos socialite Ehi Ogbebor recently slammed a troll who indirectly said her relationship with her new man would not last.

This comes after Ehi Ogbebor took to her Instagram page to share a video of herself and her boyfriend raining money at an event in Benin, the Edo state capital.

Reacting to the video, a troll left a comment saying the “juju” she used for her new man would soon expire like other men she had dated in the past.

The troll wrote: Your juju will soon expire on him like other men.

Reacting to the comment, Ehi Ogbebor refutes the claims of using ‘juju’ for any man noting that if anyone meets her in person, they would know she does not need such tactics to keep a man.

She wrote: E pain dem!! now running off to call baba. more big fat… if you meet me in person, you would know I don’t need that shit.

Kemi Filani News recalls that Ehi dumped MC Oluomo after months of dating him for allegedly impregnating a Yoruba actress.

While MC publicly displayed his love for Ehi Ogbebor on social media, he was also dating Yoruba actress Mariam Omo VC, according to an Instagram blogger named Gistlovers.

Mariam was introduced to MC Oluomo by actress Olayinka Solomon, who was one of the Oluomo’s side chicks before her marriage, according to the blogger.

Olayinka Solomon had brought her buddy to MC Oluomo for a one-night affair, but things went wrong when his friend became pregnant.

This led to a fight between Olayinka Solomon and her friend Mariam, and she advised MC Oluomo to stop giving Maria money.

According to the blogger, MC Oluomo confided in Olayinka Solomon that if the pregnancy news gets to the media, it will ruin his political ambitions.