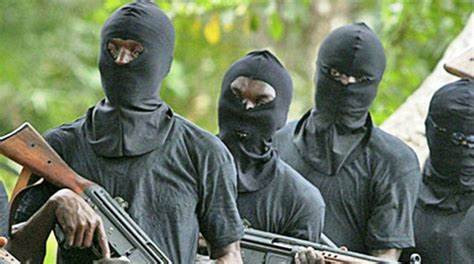 A mechanic, his pregnant wife and an apprentice were abducted by gunmen on Thursday January 6, along Obo Ayegunle/Osi road in Ekiti Local Government area of Kwara State.

Sunday Balogun, the mechanic, his pregnant wife, Mary, his apprentice Taiye and his twin brother, Kehinde were travelling from Obbo Ayegunle to Osi when their vehicle was waylaid by the kidnappers in the middle of the 12 kilometre road.

Mrs Laoye Seyifunmi, a close relative of the mechanic said the kidnappers abandoned Sunday’s vehicle at the roadside after ordering the victims to the bush.

Another family source said the kidnappers have contacted the family and are demanding for a N10m ransom.

“They have contacted the family demanding N10m ransom. We have been able to negotiate it to N4m.

“Although the family and community have been able to gather N2m, they rejected it and directed that a Toyota Sienna bus in his workshop should be sold to pay the ransom.”