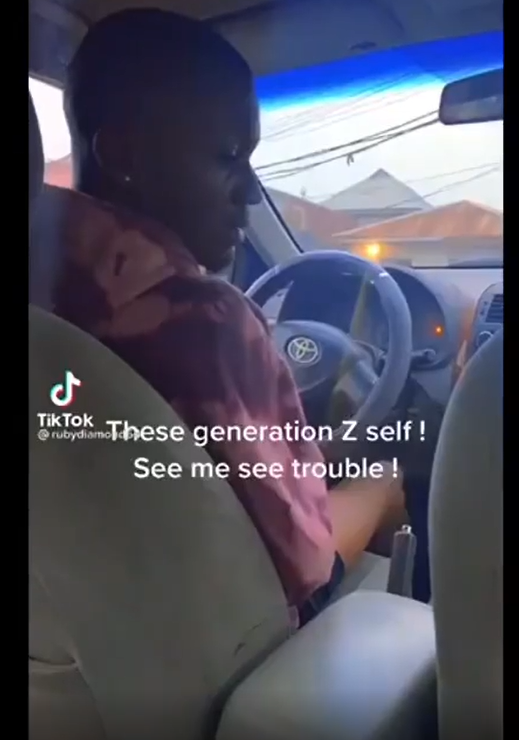 A Nigerian mother has shared a video of her and her son engaging in a funny argument over sitting in front seat of the family car.

While the boy said his mother sitting at the back seat makes him look like a driver, his mother hilariously stated that he’s neither her “daughter or husband” for her to sit in front with him.

As the argument lingered, the mum asked if he would still allow her sit in front when he’s married, to which the boy countered by saying “NO” and also pointing out that he’s not yet married.