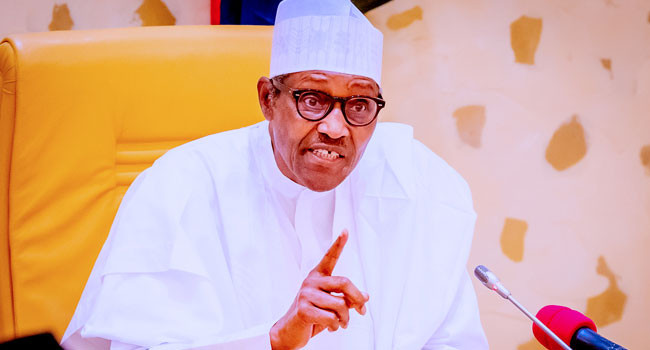 President Buhari said no person accused of corruption can go scot-free even if they join his party, APC. The President stated this during a recent interview with NTA .

When asked about the prospect of suspected corrupt politicians going scot-free by simply defecting to the governing APC, President Buhari responded  ”They cannot”

“And nobody can go scot-free as far as I’m concerned. A lot of confusion could have been caused, but luckily, I think we try to occupy offices with integrity and that is the best thing for Nigerian leadership at all levels.

If that is done, we would achieve a better result and if that is not done, a lot of time would be wasted talking and quarrelling and a lot of noise.”

He said the APC tries to insist on accountability and, that the party is very serious about people who aspire to lead at whatever level to be people of integrity.

“The problem is that, we have to work within the system. Even if we suspect individuals, unless there is evidence, there isn’t much you can do. So it is the system that permits people to be corrupt.”

Many Nigerians believe that opposition politicians accused of corruption or on trial for corruption join the APC to avoid being prosecuted.