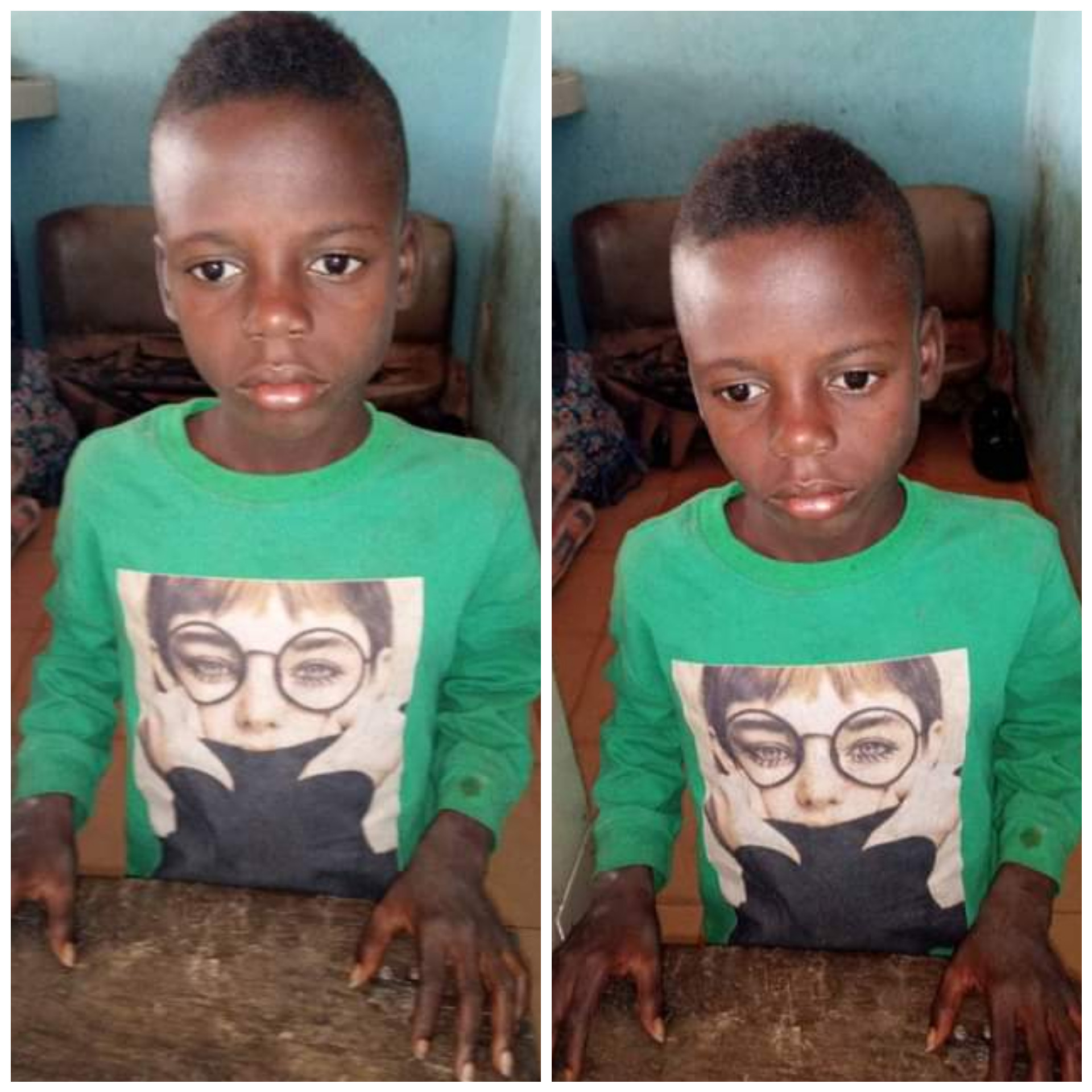 A little boy who was found crying in Agbor, Ika South Local Government Area of Delta State, has said that he ran away after his aunt locked him out of the house for coming home late.

According to the woman who found him along the road on Wednesday, the boy said he is an orphan and was living with his grandmother before the aunt brought him to Agbor to stay with her.

“Good day every one my name is u he I am from ekwuoma akumazi. Yesterday around 8:56pm I was in my shop when I saw this little boy crying I went to meet him and I asked him what is the matter he told me that he ran away from home, that he lost his parents so his aunty came to meet his grandma and took him to agbor to stay with them.

“Three days ago she asked him to buy him drugs which he did but only to come back home late but his aunty had already locked the door against him which made him to sleep inside where they train fowl, so getting in the morning he decided to treak from agbor to iselukwu where his grandma stays. He trekked  from agbor to ekwuoma when I saw him so he slept in my house yesterday because he was feeling cool without slipper.