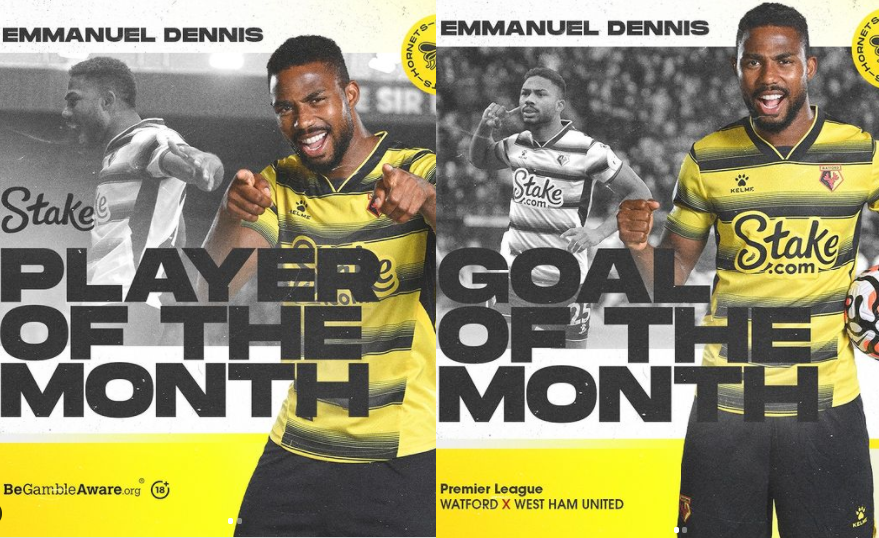 The premier league club announced on Friday January 7, that Dennis received the club’s Player of the Month and Goal of the Month awards for December.

This is the third time Dennis will take home the Player of the Month award as he was also victorious in August and November due to his impressive start to the season.

For the goal of the month, Dennis had two goals nominated for the award. But it was his goal in the defeat to West Ham that emerged as the best of the month.

Emmanuel Dennis currently has eight goals this season with three in December against Chelsea, Brentford, and West Ham United despite several Watford games postponed due to the Covid crisis.

The striker who did not join up with the Super Eagles Africa Cup of Nations (AFCON) squad in Cameroon, will hope to continue his good form when Watford travels to face Leicester City in a FA Cup fixture scheduled for Saturday, January 8, 2021.