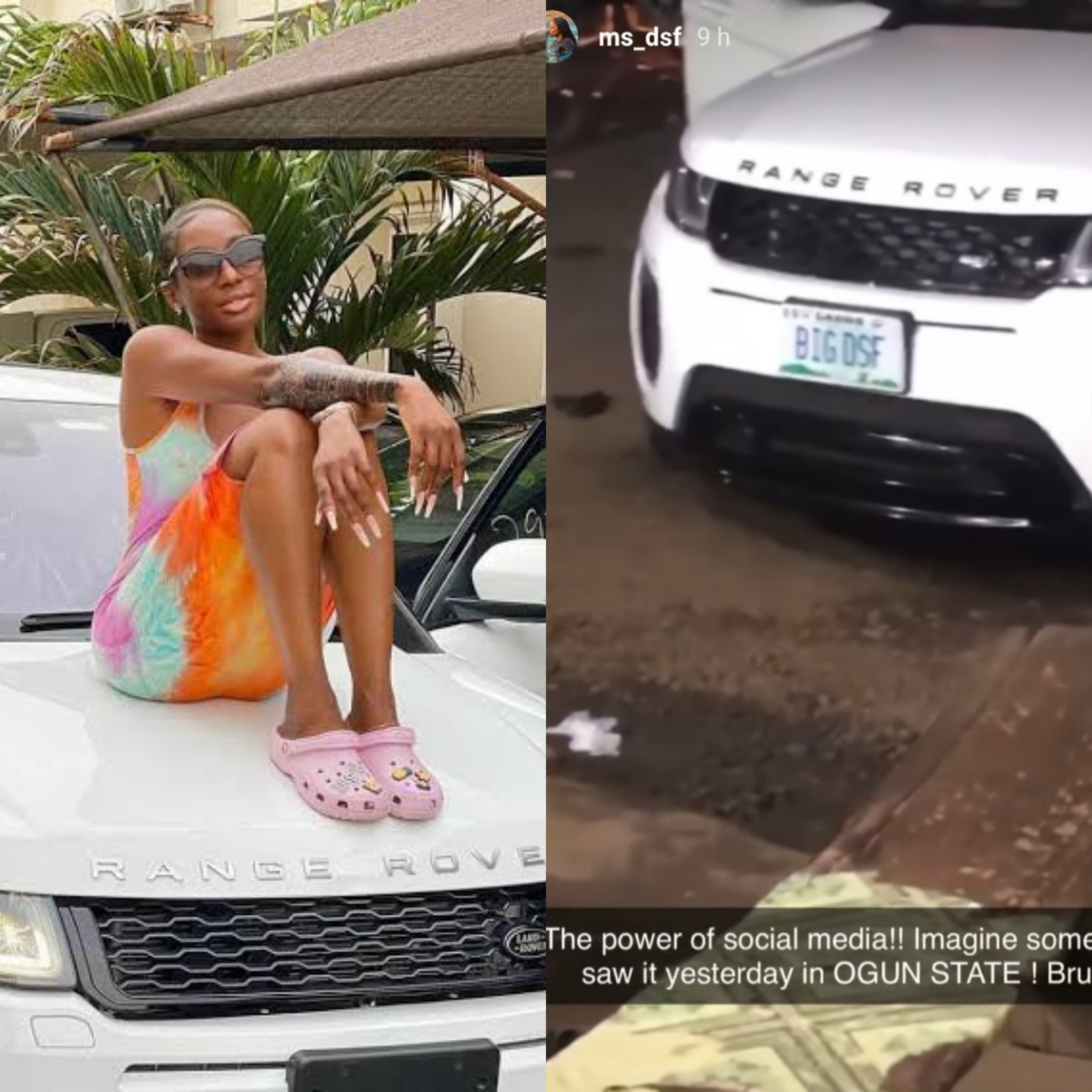 Dorcas Fapson’s car has been sighted in Ogun State after her driver absconded from Lagos with it.

The actress revealed that her driver named Muhammad Adamu used a fake license to register for the job and when he got the job, he disappeared with her car.

She revealed the matter had been reported to the police and offered a reward to anyone who can locate the car.

She has now revealed that her car was located in Ogun State and she shared a clip of the white Range Rover with customised plate number in Ogun State.

“The power of social media. Imagine someone saw it yesterday in Ogun State,” Dorcas wrote.