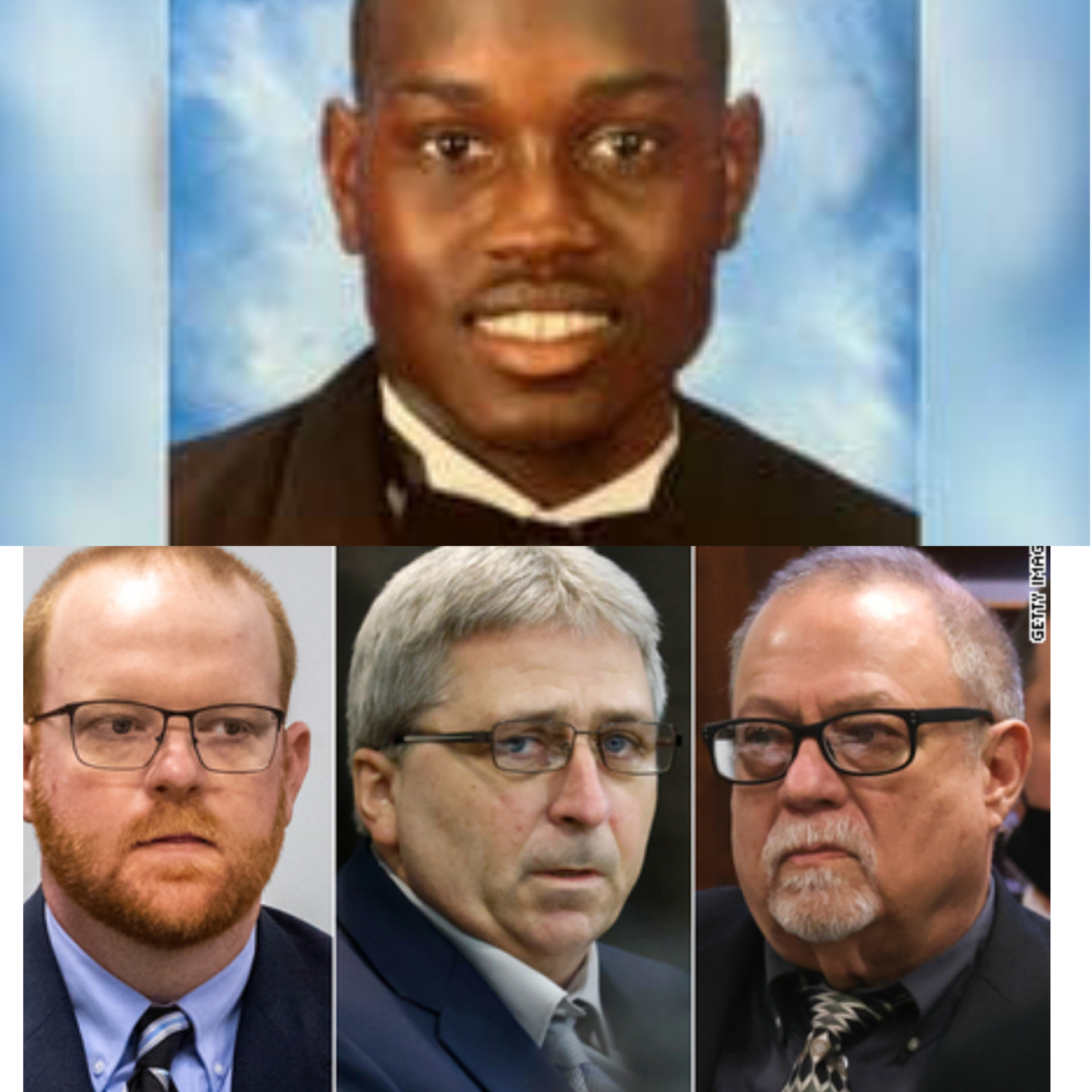 The 3 white men found guilty of felony murder in November in the fatal shooting of Arbery, a Black Georgia man who was jogging in their neighborhood when they confronted him, have been sentenced to life imprisonment for their crime.

The sentences for Travis McMichael, who shot Arbery; and his father, Gregory McMichael, do not carry the option of parole but their neighbor William “Roddie” Bryan will be eligible, Superior Court Judge Timothy Walmsley said.

All three men were convicted of murder and other charges by a Glynn County jury in November in the pursuit and fatal shooting of Arbery on Feb. 23, 2020.

The McMichaels (father and son) armed themselves and pursued Arbery in a pickup truck after seeing him running in their neighborhood, Satilla Shores.

Their neighbor, Bryan joined the pursuit in his pickup truck and recorded video of the fatal encounter on his cellphone.

The McMichaels and Bryan had been charged with one count of malice murder, four counts of felony murder, two counts of aggravated assault, and one count each of false imprisonment and criminal attempt to commit a felony.

The nearly all-white jury deliberated for about 10 hours before delivering its verdict.

Prosecutors said Arbery ran from the men for five minutes. Arbery was eventually trapped between the two pickup trucks and ended up in a confrontation with Travis McMichael, who was armed with a shotgun.

The McMichaels and Bryan were free for several weeks after the shooting. They were arrested only after the video that Bryan recorded was released and the case was taken over by the Georgia Bureau of Investigation.

On Friday, Janauty 7, Judge Walmsley called Arbery’s killing “callous” and said it occurred because “confrontation was being sought.”

Before announcing the sentences, the judge asked the courtroom to sit in silence for one minute to illustrate, he said, a fraction of the estimated time Arbery was running in terror from the men before he was killed.

“He left his home to go for a run and ended up running for his life,” the judge said.

The sentences follow the request from prosecutor Linda Dunikoski, who recommended that Bryan get a chance at parole and that the McMichaels be denied that possibility. Dunikoski said the father and son showed no remorse or empathy for “the trapped and terrified Ahmaud Arbery.”

Arbery’s parents and sister, who spoke before the sentences were handed down, asked the judge to give the men the maximum punishment allowable.

“The man who killed my son has sat in this courtroom every single day next to his father. I’ll never get that chance to sit next to my son ever again. Not at a general table. Not at a holiday. And not at a wedding,” Ahmaud Arbery’s father, Marcus Arbery, said before the sentence was announced.

Attorneys for all three men have said they intend to appeal the convictions.

Imo house of assembly member Hon. Collins Chiji angrily pushes down table after one of his constituents said he shouldn’t contest again for not representing them well (video)