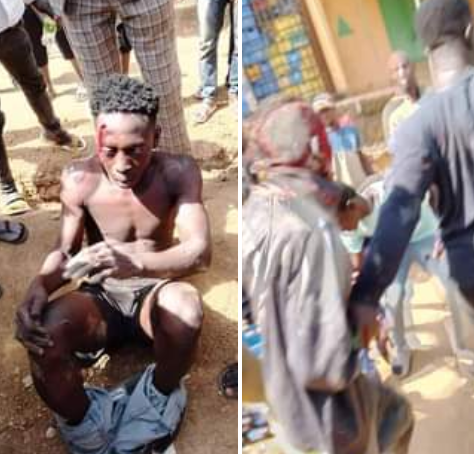 Two suspected phone thieves have been beaten to pulp by an angry mob in Jos, Plateau state.

The suspects were caught around Ring Road area of Jos on Friday morning, January 7, after they snatched a phone from a woman who boarded their Keke.

It was gathered that they were escaping with the phone when a commercial bus driver who witnessed the robbery pursued them.

The driver was said to have hit their tricycle with his vehicle, forcing them to stop.

Residents of the area descended on the suspects and beat them to stupor before police officers arrived the scene and rescued them.