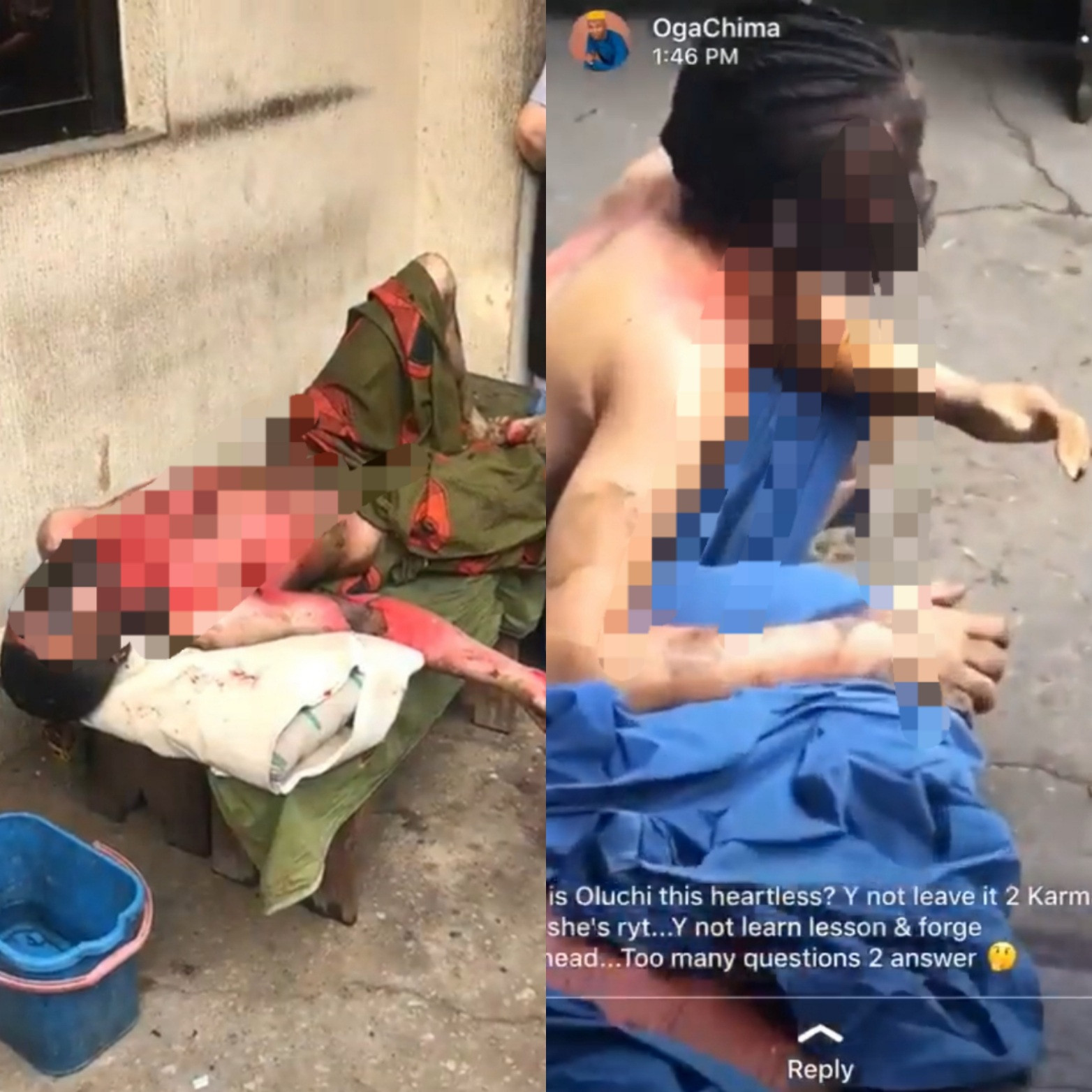 A woman and her ex-boyfriend suffered third degree burns after the woman started a fire meant to burn only her ex.

The incident happened in Abia state.

The woman named Oluchi heard that her ex, who recently dumped her, was getting married to another woman so she set him ablaze.

As the fire engulfed him, the ex-boyfriend managed to drag Oluchi close to him and she was also engulfed by the flames.

Both survived and were taken to the hospital with third degree burns.

Videos shared on twitter show Oluchi and her ex-boyfirend lying on makeshift beds made out of benches and placed along the hospital corridor.

In the videos, a crowd gathers to view both burn victims.

Spectators are heard berating Oluchi for her actions as she writhes in pain.