Controversial crossdresser, Bobrisky, has tendered a public apology after he was dragged for “disrespecting” the revered Oba of Benin.

The internet celebrity who is currently in Benin city the Edo state capital shared a video on social media after he arrived at the city asking that the Benin monarch should come and marry him.

In the video, the self-styled billionaire girlfriend hailed himself as a “pretty woman” and then mentioned that the Oba should come and marry him.

“The queen is here. We are here to disturb Benin. Oba of Benin, Bob don enter o. Come and marry me Oba.” He said.

Bob’s statement was not well received by the people of Benin on social media and he was dragged to filth for disrespecting their revered king.

They threatened to attack the crossdresser when they see him if he doesn’t retract his statement and apologize to their king.

Well, the crossdresser has now bowed to pressure and apologized in a new video he shared on social media.

Bob’s public apology however stirred loads of reactions from social media users. See some comment below, 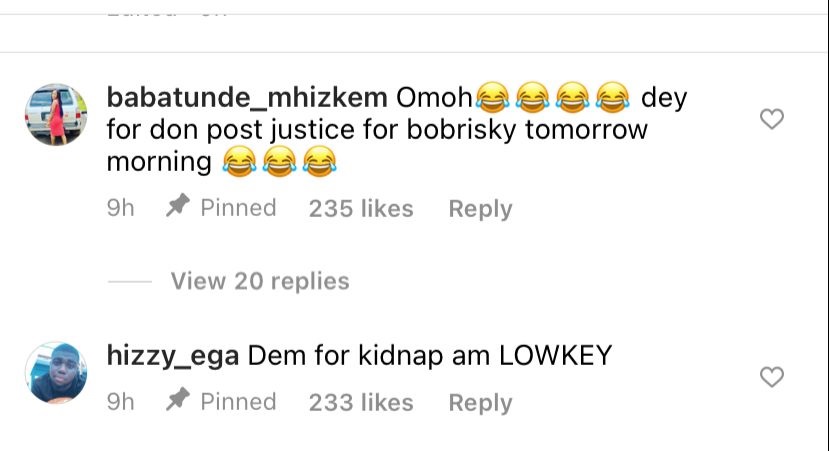 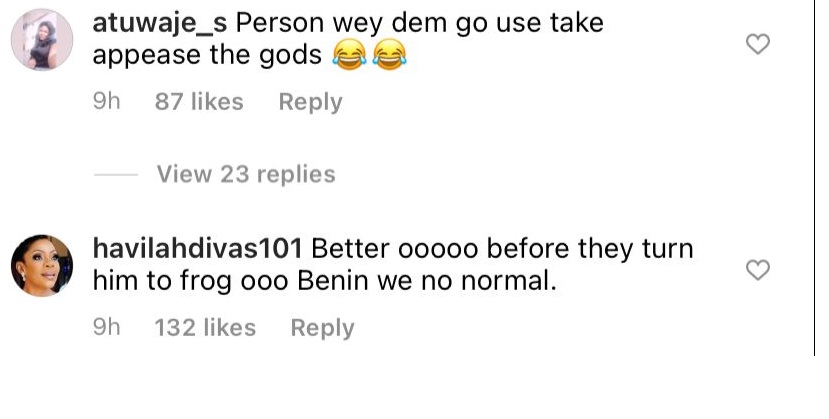 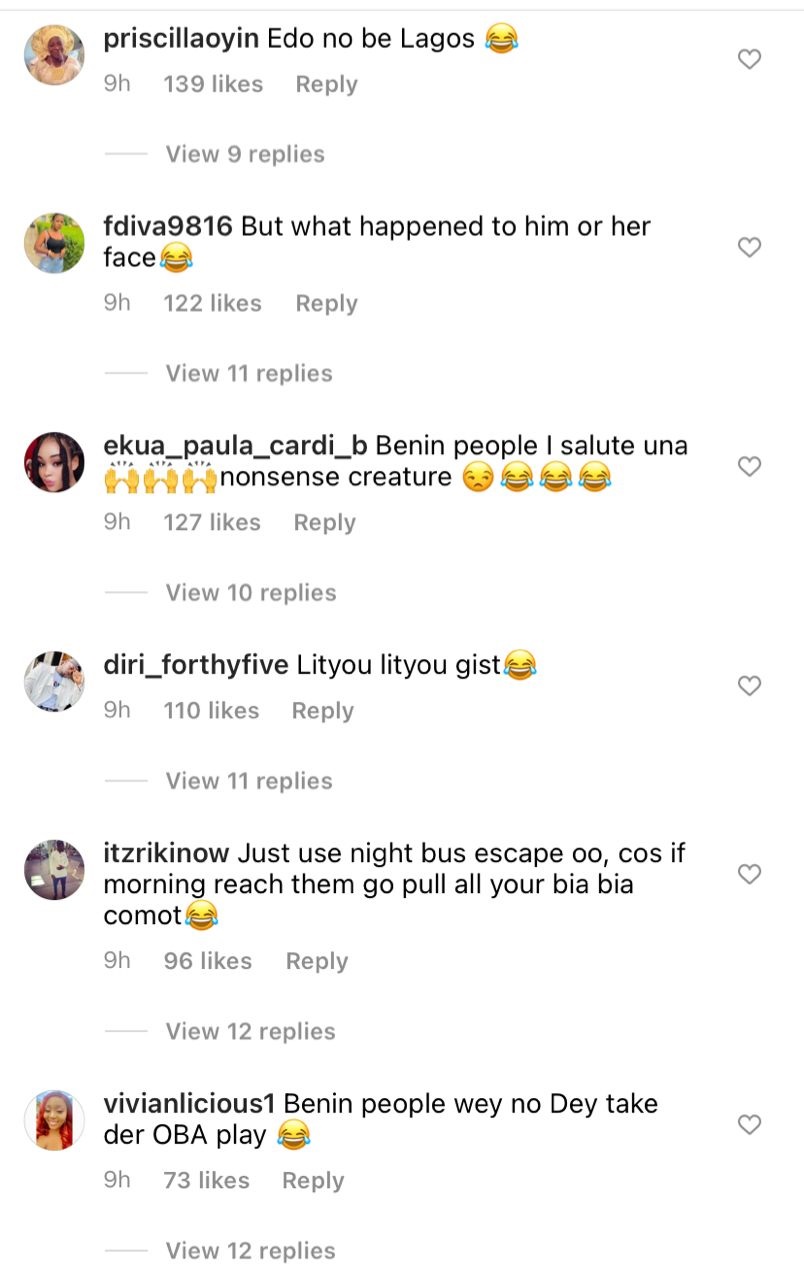 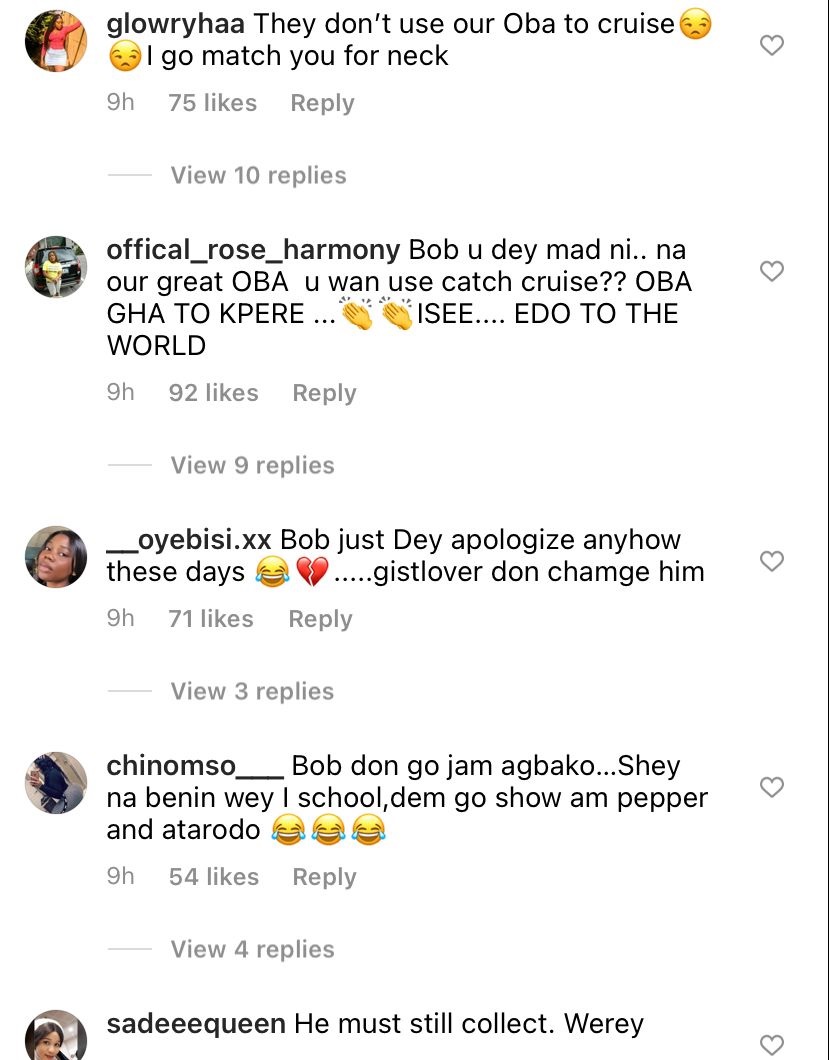 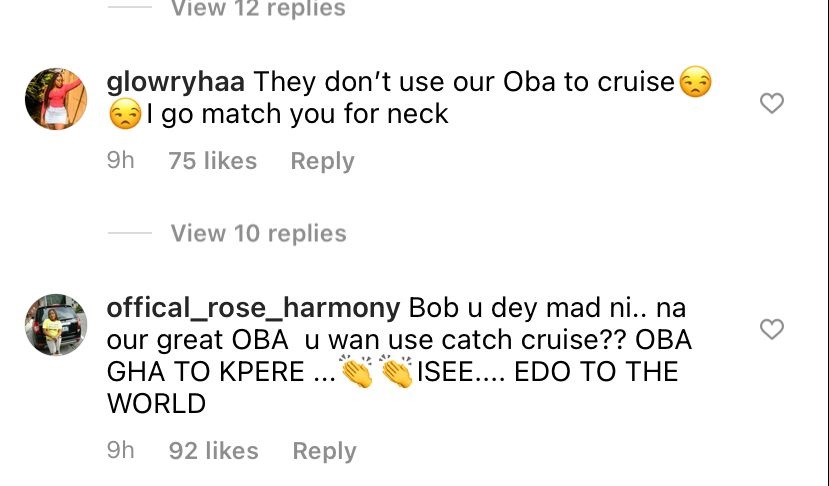 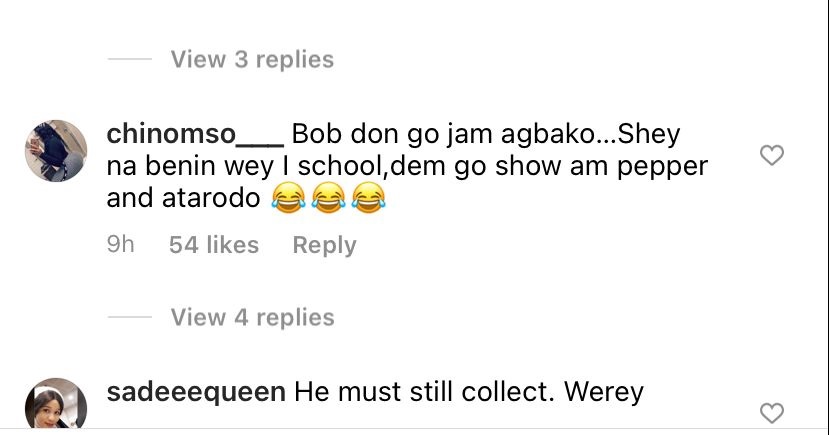 “Best in caring” – Singer BNXN shares chat with Davido as he takes delivery of his new Bentley, fans reacts

The ‘playboy’ of Nollywood who wowed ladies