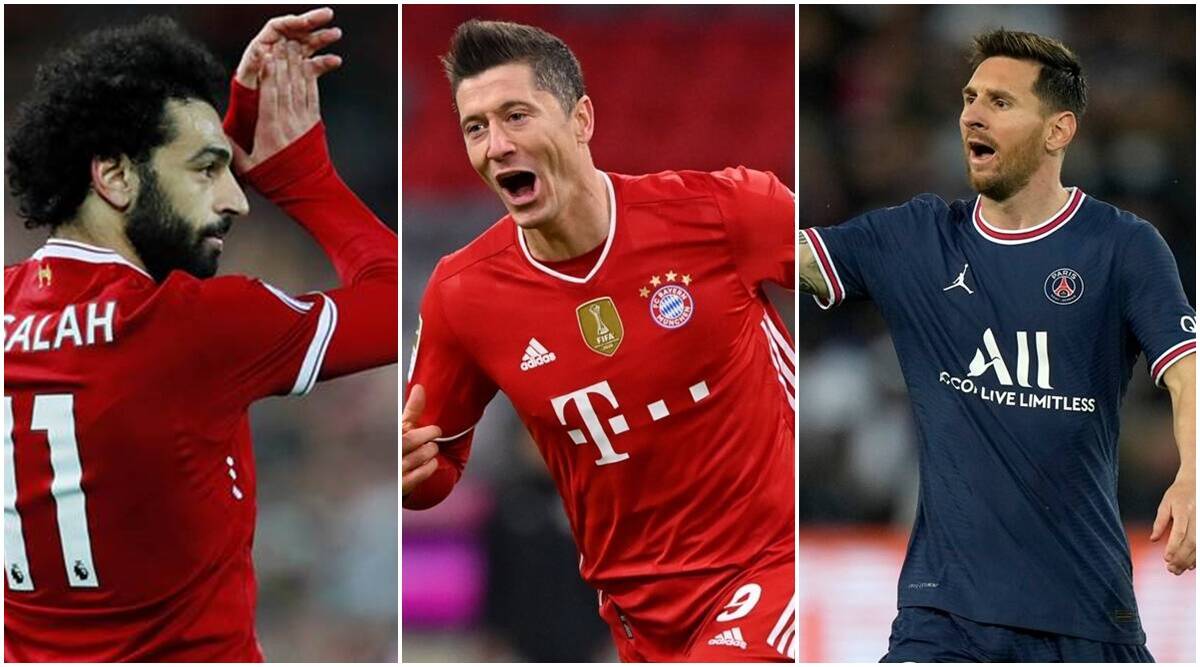 Liverpool forward, Mohammed Salah, has made the final three-man shortlist for FIFA’s best men’s player of the year for 2021.

It has since been whittled down to leave three of the most lethal goal-scorers currently operating in European football, though the tail of the year’s have gone in contrasting directions.

Lewandowski has started the 2021/22 campaign exactly where he left off last term, finding the net on 19 occasions in just 17 games so far this term for Bayern.

Messi, however, has very much had a year of two halves after spending the first six months of it at his beloved FC Barcelona where he carried the Catalans for much of the campaign.

After 21 years of wearing the famous red and blue strip the Argentine was forced to pack his bags after Barcelona mismanaged their finances so badly they could no longer afford to keep their greatest ever player.

Messi has notched just one league goal in the French capital, with his other five strikes all coming in the Champions League against competition from other countries.

This could work in Salah’s favour in terms of being crowned the winner as the Egyptian has more goal contributions in the league than both of his competitors.

Salah’s brilliance has been on display a number of times throughout 2021, particularly during the opening exchanges of the 2021/22 season where the 29-year-old scored two wonder goals less than a fortnight apart.