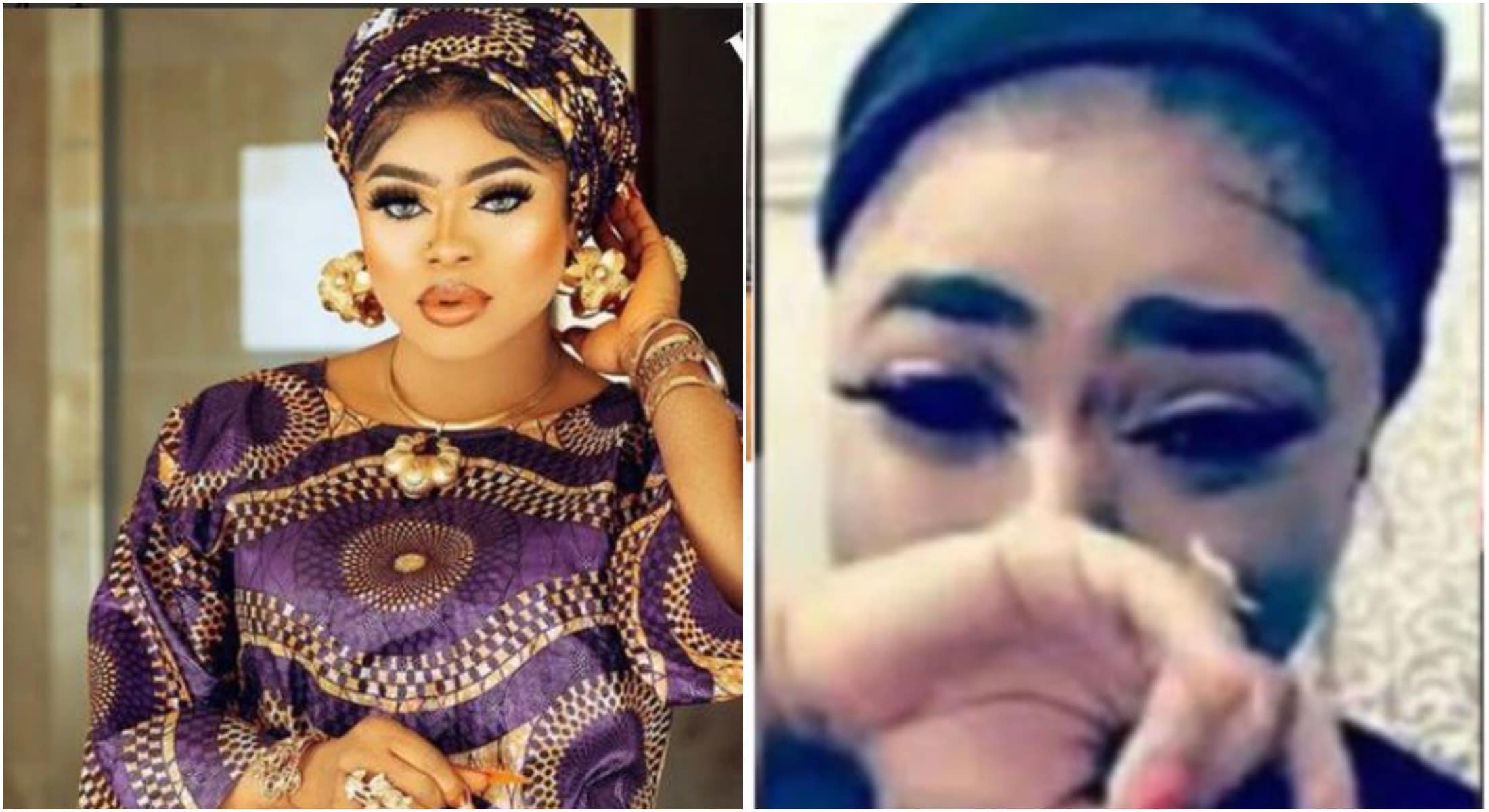 James Brown mocks former aunty, Bobrisky after he was kicked out of Benin

Popular Nigerian cross dresser, James Brown, has taekn to social media to mock his senior colleague and former “aunty’”, Bobrisky after he was kicked out of Benin.

According to James Brown, Bobrisky should Come and learn how to respect people’s culture.

Kemi Filani News earlier reported that, Bobrisky got dragged by Edo people after he asked the Oba of Benin to marry him.

He created a video showcasing his delight while being driven in convoy and made a joke about the Oba of Benin wanting to marry him.

She wrote: Just to state that am a Benin Woman that takes Pride in my culture and Heritage. I ddnt find it funny too at all. I wasn’t there when the video was done neither did I know about that video. I saw it on social media too n was in utter shock. I was upset too. ….. We don’t joke with Our KING. Our Great KING…..Pls find it in your hearts to forgive … forgiveness is divine. No one is above mistake. Walahowoiwoi. OBA GHATOR KPERE……ISEEEEEEE.

Recall that Hon. Kelvin Olu, better known as Ktsele, the married man, who used to be very close friends with Bobrisky, recently dumped their friendship.

Tonto Dikeh exposed Bobrisky and disclosed that the Bentley he was posing with as his belonged to Ktsele during their epic social media feud.

Tonto Dikeh also said that Bobrisky’s btt hole was shut off because he was having too much gy s*x.

Bobrisky and Ktsele unfollowed each other on Instagram shortly after their battle, and it appears that he (Ktsele) is now close to Tonto Dikeh.

Well, it appears things have fallen apart and the center can no longer hold as both parties have unfollowed one another on Instagram and Ktsele has switched to Bobrisky’s former bestie, Tonto Dikeh.