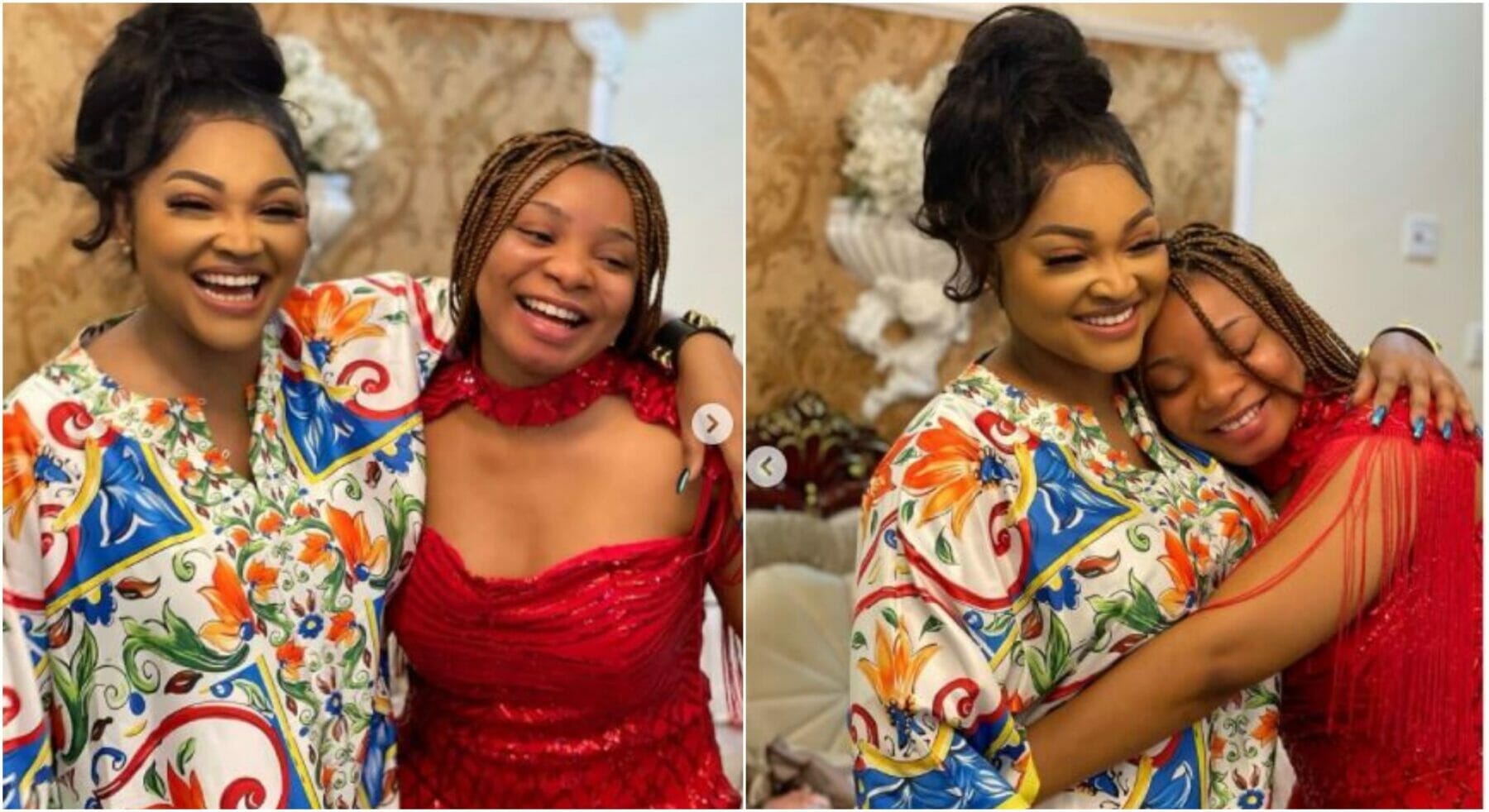 Taking to her Instagram page, Mercy Aigbe revealed that Queen paid her a surprise visit at her home earlier today.

While expressing love for Queen, Mercy Aigbe added that meeting her was nice.

She wrote: The Mercys. See who came visiting @queenmercyatang it was nice meeting you, love you darlyn

Kemi Filani News recalls Queen in a series of rants on her Instagram page revealed that Maria Benjamin signed a deal with the Real Estate Company that came for her twice, and she turned down.

According to Queen, some of the deals her colleagues are signing make him angry because the money involved sucks.

Queen added that her influencing pay of three months of what many of her colleagues signed for one year.

Although Queen did not mention Maria’s name in the post, many netizens claimed the post was directed to Maria, considering she is the only ex-housemate who recently signed a deal with a Real Estate company.