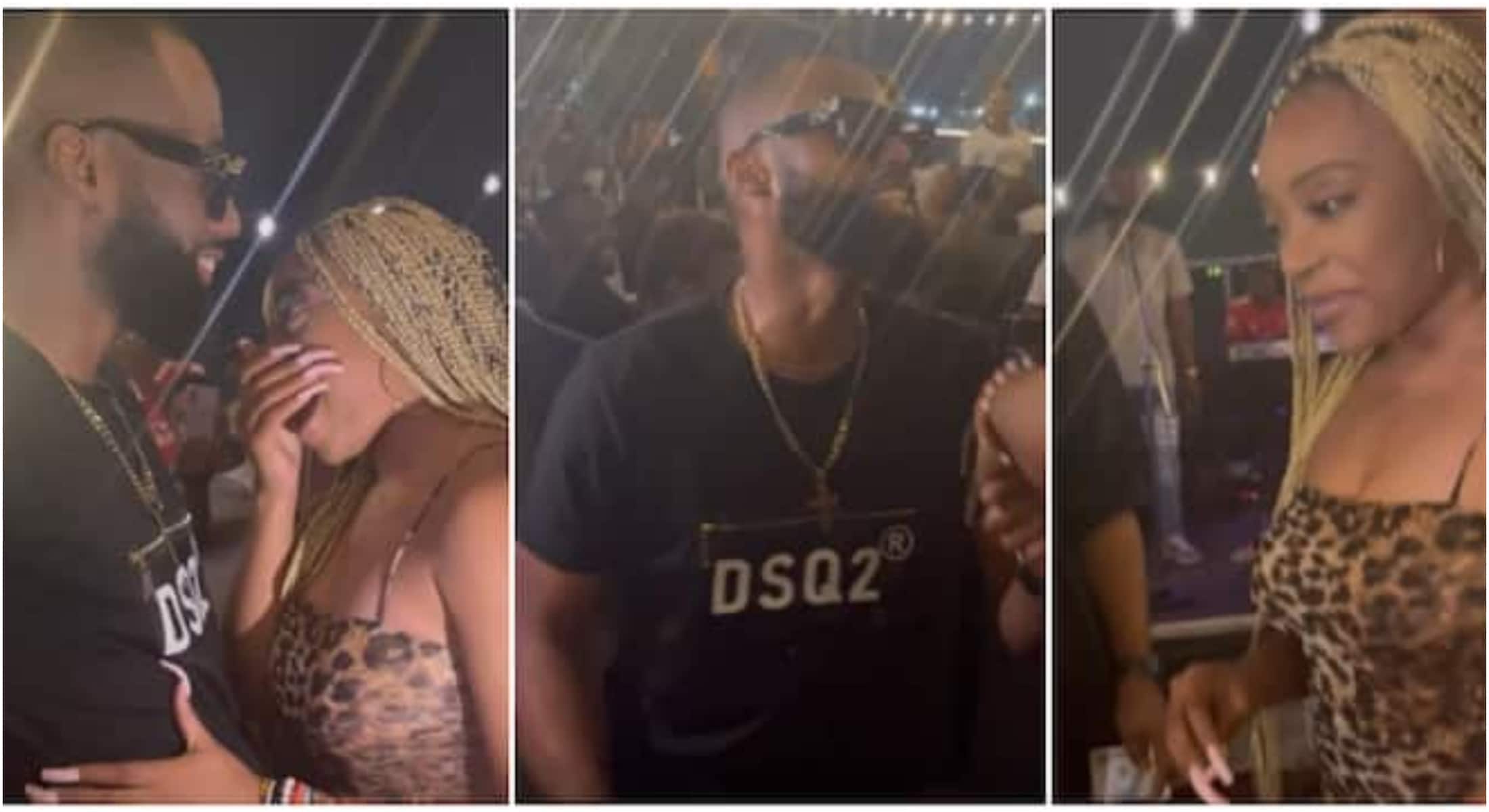 Former Big Brother Naija ‘lockDown’ Housemate Tochi has reportedly been dumped by his US-based girlfriend barely 24 hours after proposing to her.

Kemi Filani News earlier reported that Tochi took to his Instagram to share the video showing the lovely moment he went on one knee and popped the big question.

After he slid the ring on her fourth finger, Tochi ‘sprayed’ his wife-to-be with naira notes which he showered on her body like rain.

In a new development, Tochi has quietly deleted the engagement post after his fiancée shares a cryptic message on her Instagram story.

Tochi’s fiancee said there’s so much to life than the attention or validation people seek from the outside world.

She added that nobody would use her to trend, a statement many netizens insinuated that she might have been forced to accept the engagement ring.

She wrote: There’s so much to life than the attention/validation that you seek so much for from the outside world…but it’s not me that’s gonna be used to trend… everybody rest ijn

Reacting to this, some netizens mocked Tochi.

daddyfreeze wrote: He was served brunch

wor_lay wrote: Upon your Dos and Don’t. Dem still serve you. Make we get ready for multiple motivational speech

‘I’m not asking for crazy stuff’